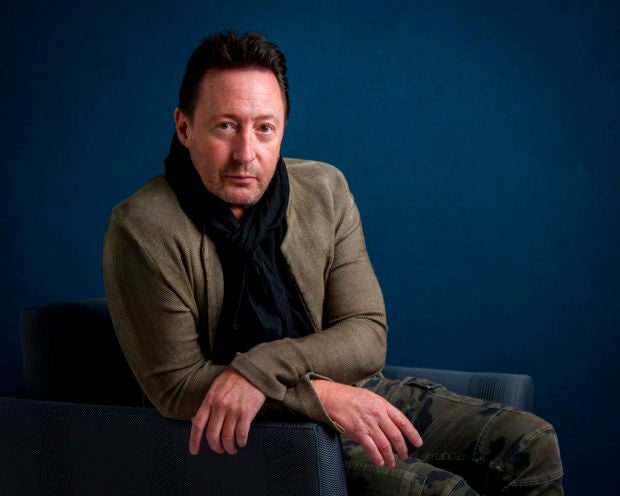 In this April 12, 2017 photo, Julian Lennon poses for a portrait in New York. For Earth Day, Julian Lennon hopes to lay the foundation for a whole new crop of environmentalist. He just has to wait a decade or two before they bloom. The firstborn son of the late John Lennon is the co-author of “Heal the Earth,” the second in his picture book series teaching kids as young as 3 ways to help the planet. (Photo by Drew Gurian/Invision/AP, File)

NEW YORK — For Earth Day, Julian Lennon hopes to lay the foundation for a whole new crop of environmentalists. He just has to wait a decade or two before they bloom.

The firstborn son of the late John Lennon is the coauthor of “Heal the Earth,” the second in his picture book series teaching kids as young as three years old ways to help the planet.

“I wish I had this book when I was at this age growing up,” he said in a recent interview with The Associated Press (AP). “I wish we’d all had it growing up. The world would be I think a different place.”

The latest book follows a group of children as they fly across the globe, learning to protect coral reefs and planting gardens in cities and trees in the rainforest.

“Every day there is something new we can do to heal the Earth,” the book says. “If we work together.”

Each book in the series — “Touch the Earth” was the first last year and the third will be “Love the Earth” — are timed to come out a year apart on Earth Day.

Mark Gompertz, an editorial director at Skyhorse Publishing, said Julian and coauthor Bart Davis (as well as illustrator Smiljana Coh) tried to keep the book entertaining without diluting the message.

“It’s kind of the way he writes a song — every word has a certain weight and a certain meaning … We wanted to make it not scary but, at the same time, create an awareness,” Gompertz said.

This year, Julian said, he had watched with alarm as the White House rolled back many environmental rules, including emissions standards for cars and trucks and pulling the United States out of the Paris climate accords.

He founded the environmental and humanitarian organization The White Feather Foundation, which was named in honor of his father, who was shot to death in 1980.

John Lennon once cryptically told his son that he would let him know that everything was going to be OK in the form of a white feather.

Years later, Julian was approached by an aboriginal tribal elder while on tour in Australia and he was asked, “You have a voice. Can you help us?”

She then presented him with a male white swan feather. Julian said he immediately felt “goose bumps.”