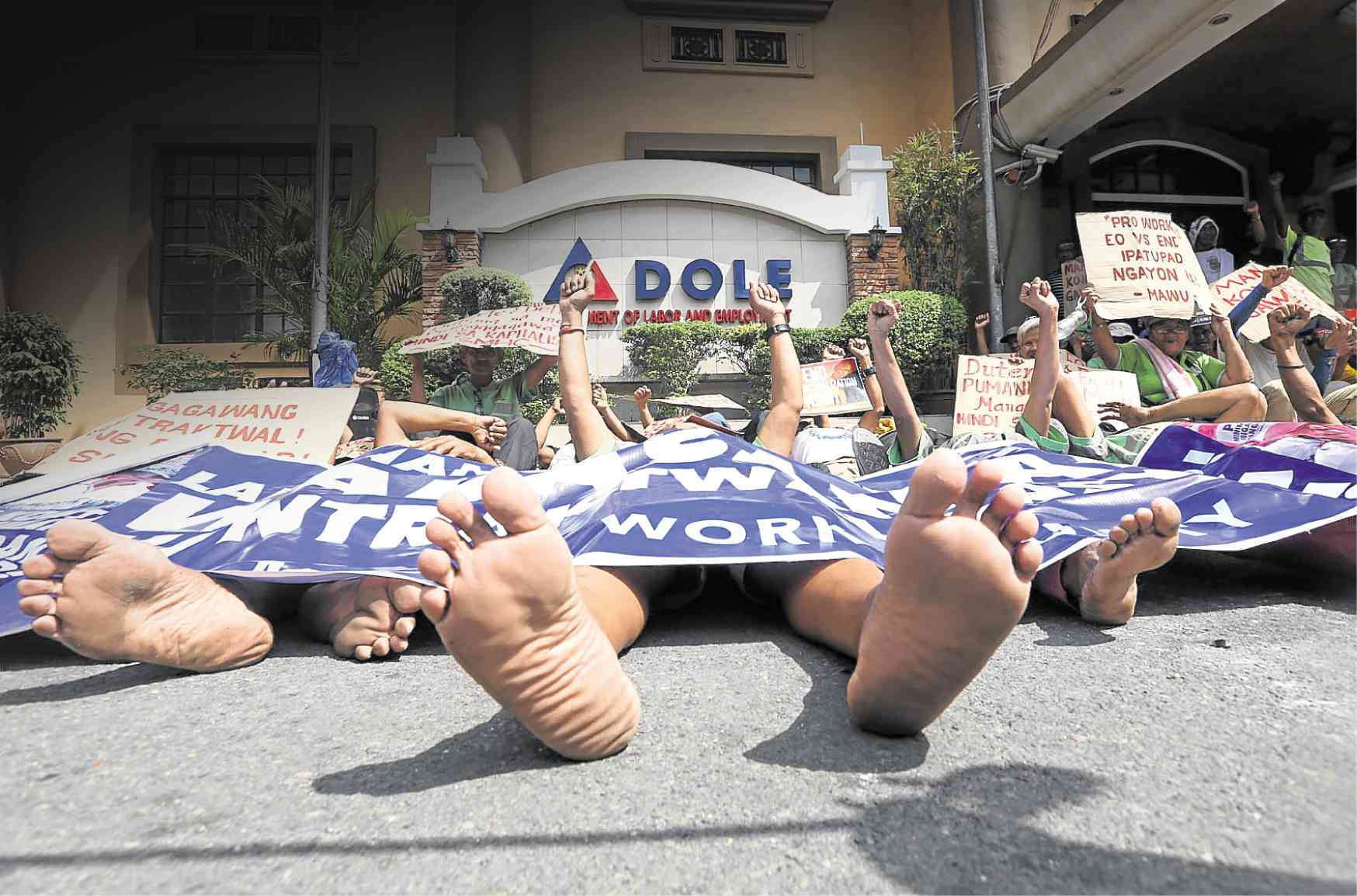 END CONTRACTUALIZATION Protesting workers press President Duterte to sign the executive order ending the practice of labor contracting in front of the Department of Labor and Employment main office in Manila on Monday. —MARIANNE BERMUDEZ

Lawmakers aligned with the Makabayan bloc are convinced that President Rodrigo Duterte has already forgotten his campaign promise of ending contractualization and the “end-of-contract” labor policy.

Casilao said that Duterte’s decision to leave the removal of endo to Congress would only make conditions worse for employees both in the public and private sector.

“It will only strengthen and institutionalize further practice of contractualization, in a new definition and way of circumventing the very rights of the workers to be secured in their work places.”

According to the lawmakers, this will only pave the way for more disputes, more transport strikes and labor rallies which can make the country’s economy unstable.

Brosas explained that the regularization of employees would fall on the hands of a particular human resource agency, not on the principal company where an employee works.