SC ruling on quo warranto case possible by May – Carpio 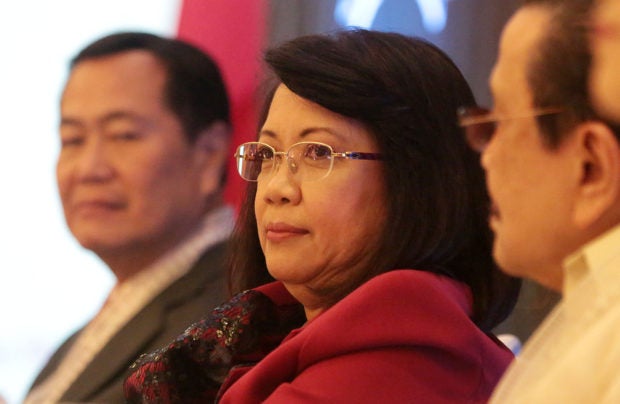 Acting Chief Justice Antonio Carpio said on Thursday that the Supreme Court (SC) would likely hand down its decision on the quo warranto case filed against Chief Justice on-leave Maria Lourdes Sereno this May.

“By next month, we should be able to decide it,” Carpio told reporters on the sidelines of the Justice PH app launching at the lobby of the Quezon City Hall of Justice.

The whole month of May is supposed to be for decision writing by the magistrates. However, the high court has set a special en banc session in May to come up with the ruling on the quo warranto plea.

Government’s lawyer, Solicitor General Jose Calida, filed the quo warranto petition against Sereno, asking the SC to remove the country’s top magistrate for allegedly being unqualified to the position.

Calida said Sereno failed to comply with the requirement set by the Judicial and Bar Council (JBC) on the submission of Statement of Assets, Liabilities and Networth (SALN).

The high tribunal conducted an oral argument on the ouster petition, and ordered Calida and Sereno to submit their respective memorandum on the matter on or before April 20.