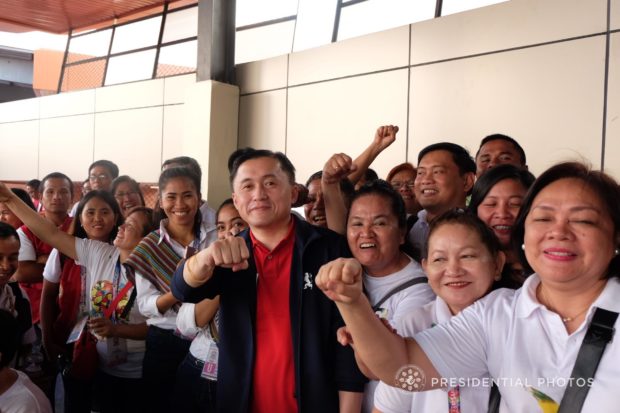 Because he “deeply understands the problem of the Bangsamoro people, he said, Go “deserves to be endorsed and supported in the coming 2019 senatorial race.”

Friend of the BTC

Jaafar described President Duterte’s longtime aide as a “friend of the Bangsamoro Transition Commission (BTC),” which he chairs.

Go, he said, serves as “facilitator of the BTC’s communications for the Office of the President and other departments and agencies of government”

Reacting to the endorsement, Go said he had not decided yet whether to run in the 2019 polls and repeated his earlier statement that he was devoting his time to serving the President.

He said he would make an announcement four months before the filing of certificates of candidacy for the midterm polls.

“I am honored by the endorsements,” Go added. — ALLAN NAWAL