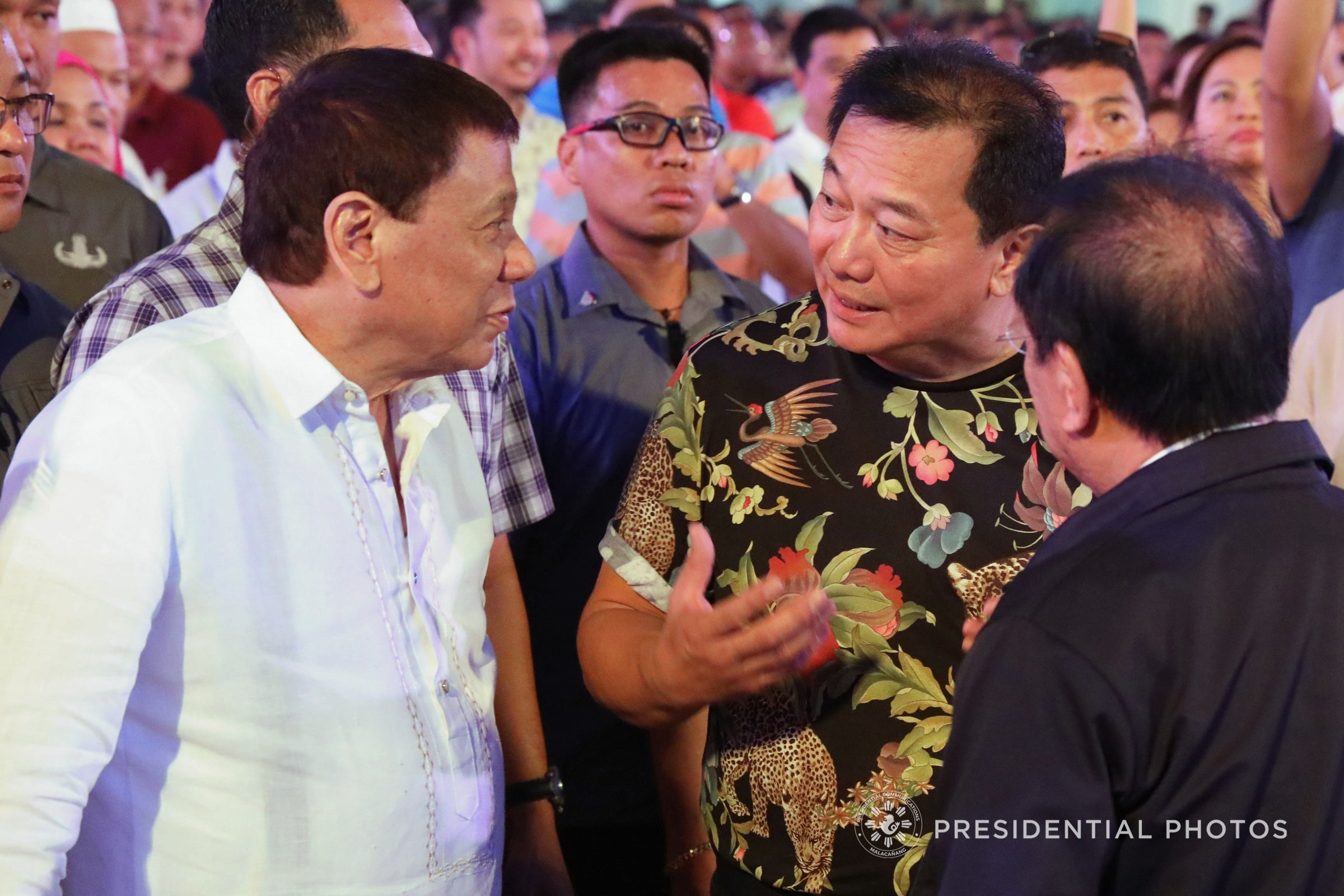 President Rodrigo Duterte admitted on Wednesday he could not support the proposed divorce bill of House Speaker Pantaleon Alvarez.

“I’m sorry but I cannot follow you. My daughter is not happy with that, really. Mag-usap na lang kayo ni Sara (Just talk to Sara Duterte),” Duterte tolds Alvarez during a speech at the Change of Command of the Armed Forces of the Philippines (AFP) in Quezon City.

READ: Duterte is against passage of divorce law — Palace

Davao City Mayor Sara Duterte-Carpio and Alvarez had earlier engaged in a word war after the Speaker reportedly said that the younger Duterte was part of the opposition after forming a political party separate from the administration-backed Partido Demokratiko Pilipino-Lakas ng Bayan (PDP-Laban).

The House of Representative, voting 134-57, approved on third and final reading on March 19 House Bill House Bill 7303 which seeks to legalize absolute divorce and dissolution of marriage.

Alvarez is one of the authors of the said bill. /je