WHAT WENT BEFORE: Arroyos on watch list under Aquino administration 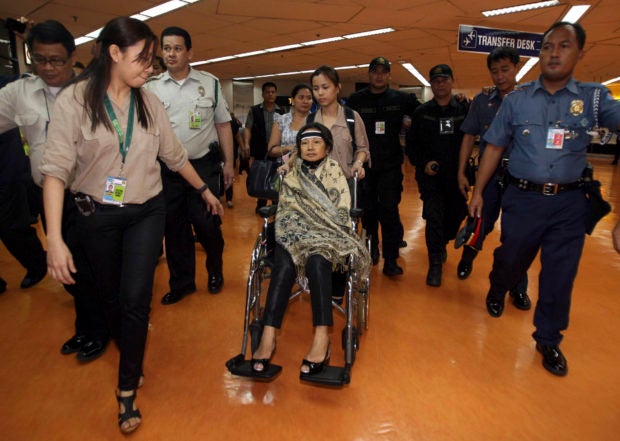 STOPPED AT AIRPORT Former President Gloria Macapagal- Arroyo is prevented from leaving the Philippines on Nov. 15, 2011.

Voting 8-5 on the same day, the high court issued a temporary restraining order (TRO) on the administration’s move to put Arroyo on its watch list.

Asked if the decision of the Bureau of Immigration to stop the Arroyos from leaving despite a high court order giving them the green light amounted to a contemptuous act, then Supreme Court spokesperson Jose Midas Marquez said: “Yes, it is, but we still have to look at the facts.”

Marquez warned then Justice Secretary Leila de Lima and other government officials on Nov. 14, 2011, that they “might be held for contempt” if they insisted on preventing the Arroyos from leaving in defiance of the court’s restraining order.

“As we have seen in the past, once the TRO is released, it takes effect immediately. We have to understand that TROs are just a provisional remedy for the time being,” Marquez told the Inquirer.