Bato vows no cover-up in probe of unreleased SAF allowance 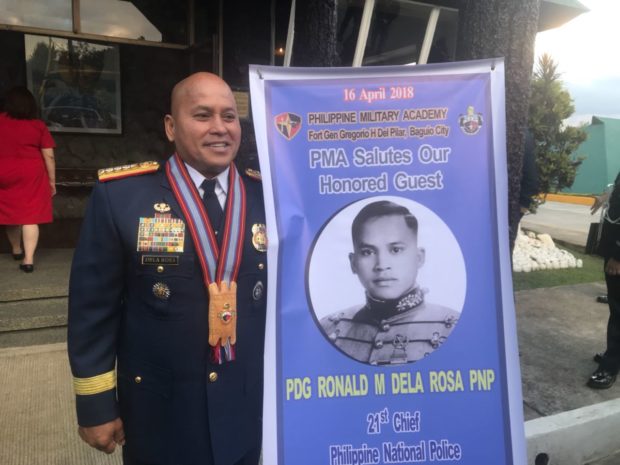 Dela Rosa said that there would be no whitewash in the ongoing probe against his Philippine Military Academy (PMA) upperclass, former SAF chief Dir. Benjamin Lusad, who was accused of plunder and malversation for not releasing some P59.8-million daily Additional Subsistence Allowance (ASA) to SAF troopers.

[There will be no cover up even though I know Gen. Lusad as a very fine officer, a very good officer, and we have good memories together. But when it comes to issue of corruption, they should be held accountable.]

Former and present SAF troopers filed plunder and malversation complaints against former SAF officials before the Office of the Ombudsman for the Military and Other Law Enforcement Offices (Moleo).

They accused Lusad, former SAF budget and fiscal officer Senior Supt. Andre Dizon, and police sergeants Maila Salazar Bustamante and James Rodrigo Irica of the SAF finance office for not releasing the allowance to troopers despite receiving the funds.

Dela Rosa said he was spared from punishment with the help of Lusad, then a company commander, by talking to his fellow mistahs.

[There was a time that I was about to be beaten by Class 85 because I committed an offense against them, but he saved me. He was respected in his class.]

Dela Rosa said he believes there was really a problem in the non-release of allowance.

[There really is a problem. It’s not that I am prejudging the ongoing investigation, but I can see that there is really a problem because it will not emerge if there’s no issue.]

Dela Rosa said he knew that complaints will be filed against former officials last week. He also said that he had talked to Lusad, who had told him that he was “lenient” in the transactions of his subordinates.

Dela Rosa, who had not been embroiled in any issue of corruption during his term, felt that the case was meant to be filed just before his term ends.

[Maybe they really meant to file the case just before I retire.]

The outgoing police chief said he would just leave it up to incoming PNP chief Dir. Oscar Albayalde whether to relieve Lusad, who now heads the Directorate for Integrated Police Office for Southern Luzon.