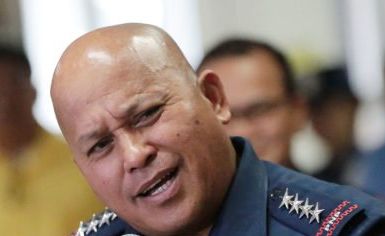 Dela Rosa said he was angry over the complaint filed against former SAF officials over the unreleased P68-million daily additional subsistence allowance (ASA) but supposedly went to operations of SAF troopers deployed to guard the National Bilibid Prison (NBP) and fight during the Marawi City siege.

“I felt bad. Sa totoo lang, nagalit ako (I was angry, to be honest),” Dela Rosa said in a press briefing when asked about the issue.

He, however, said that the PNP should no longer meddle with the ongoing investigation by the Ombudsman and the public should also “listen to the side of the accused.”

Rappler reported that malversation and plunder complaints were filed by former and current SAF troopers before the Office of the Deputy Ombudsman for the Military and Other Law Enforcement Offices (MOLEO) against former SAF chief Dir. Benjamin Lusad and former SAF budget and fiscal officer Senior Supt. Andre Dizon, and police sergeants Maila Salazar Bustamante and James Rodrigo Irica of the SAF finance office.

The complainants accused the former officials of not releasing about P59.8-million allowance to troopers for two years despite the PNP-SAF receiving the funds.

Dela Rosa, who has consistently expressed admiration to SAF troopers, said he had spoken with Lusad, who explained to the police chief that portions of the allowance went to the meals of SAF members deployed to the NBP.

He also told SAF troopers to “just relax” and assured them that they would be taken care of by the leadership of incoming PNP chief National Capital Region Police Office Dir. Oscar Albayalde.

(It will be returned to them. They should just relax, they should not complain.) /je