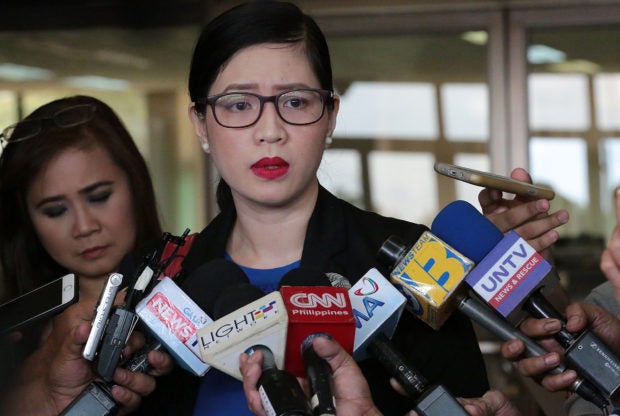 The camp of Chief Justice Maria Lourdes Sereno has expressed doubts that the Supreme Court (SC) would be fair in its ruling on the quo warranto petition since some justices, who have testified during a House panel’s impeachment proceeding against the top magistrate, refused to inhibit from the case.

Atty. Josa Deinla, one of the spokespersons of Sereno, noted in a forum on Monday that the “bias and prejudice” of certain SC associate justices could possibly reflect on their deliberation of the quo warranto case filed by Solicitor General Jose Calida against the Chief Justice on-leave last March.

According to Deinla, Sereno’s camp is not afraid of the impeachment case since they are confident that truth will prevail during a full-blown impeachment trial at the Senate.

On March 5, Calida filed the quo warranto petition against Sereno in the SC. The ouster petition alleged that Sereno is unqualified to the position, and must be removed as Chief Justice of the high tribunal. /kga

READ: Ex-SC justice: Quo warranto a remedy to stop execs from holding on to power