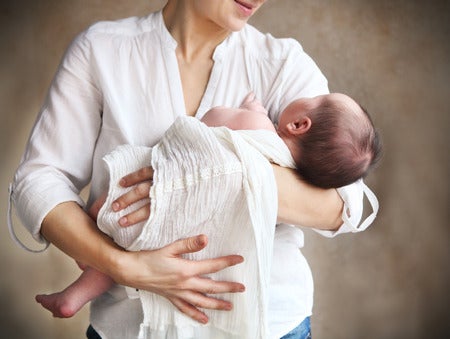 Four years after a couple in China were killed in a car crash, they were still able to bring a baby boy to the world through a surrogate mother.

The baby, named Tiantian, was conceived through frozen embryos. The unidentified couple tried to have a child through in-vitro fertilization, but died in an accident in 2013 before they could do so, local Chinese media The Beijing News via the BBC reported yesterday.

The couple’s parents, both on each side, had a long legal battle over the right to use the embryos, due to a lack of precedent for the case. They were eventually granted rights by the court, but had another problem: The embryos could only be taken out of the hospital in Nanjing where the frozen eggs were stored if another institution was willing to keep them.

Because of China’s stance on surrogacy as illegal, it was hard to find another hospital to store the embryos. They then decided to go Laos with the help of a surrogacy agency.

But there was another bump on the road: No airline was willing to carry on board the embryos, stored in a thermos-sized bottle of liquid nitrogen. The embryos were then transported by car, and were implanted on the woman in Laos.

By the time she was about to give birth, she traveled to China with the help of a tourist visa. She successfully bore the child in December 2017, but it was only now that the case was reported.

With no proof of paternity, all grandparents had to go through DNA testing to prove that they are indeed related to the child, and show that they are Chinese nationals. No update has been given about the case as of this writing.  Katrina Hallare /ra