President Rodrigo Duterte has signed an administrative order (AO) creating an oversight committee for the entry of the third telecommunications company in the Philippines.

The President signed Administrative Order No. 11 on April 6 but it was released only to the media on April 11.

The entry of a new major player in the telecommunications market, the President, said, “is a matter of paramount national interest which shall redound to the benefit of the public by ensuring genuine competition in the country’s telecommunications industry.”

“There is a need to ensure that the entry of a new major player in the telecommunications market shall be undertaken in an integrated and transparent manner,” the AO read.

The committee will be composed of representatives from the Department of Information and Communications Technology (DICT), Department of Finance (DOF), Office of the Executive Secretary, and the National Security Adviser.

Representatives from the DICT and DOF will serve as the chairperson and vice chairperson, respectively.

According to the AO, the DICT shall provide the necessary secretariat support to the Oversight Committee.

President Duterte had earlier said he wanted a new telecommunications company operating by March 2018 but it was moved to May before it was again moved to either the end of June or July.

The two telco companies in the country, PLDT-Smart Communications and Globe, have been blamed for the slow and expensive internet and mobile phone services in the Philippines.  /muf 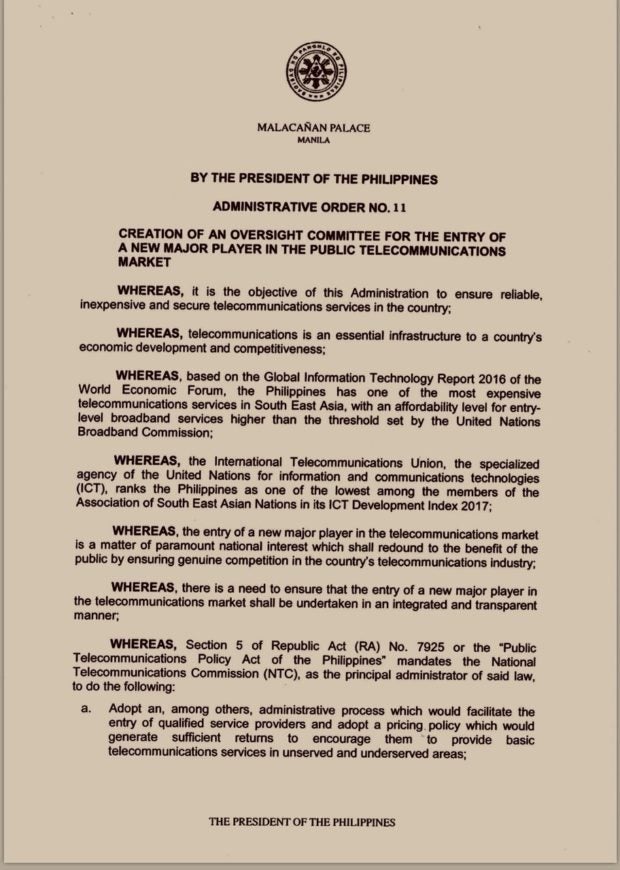 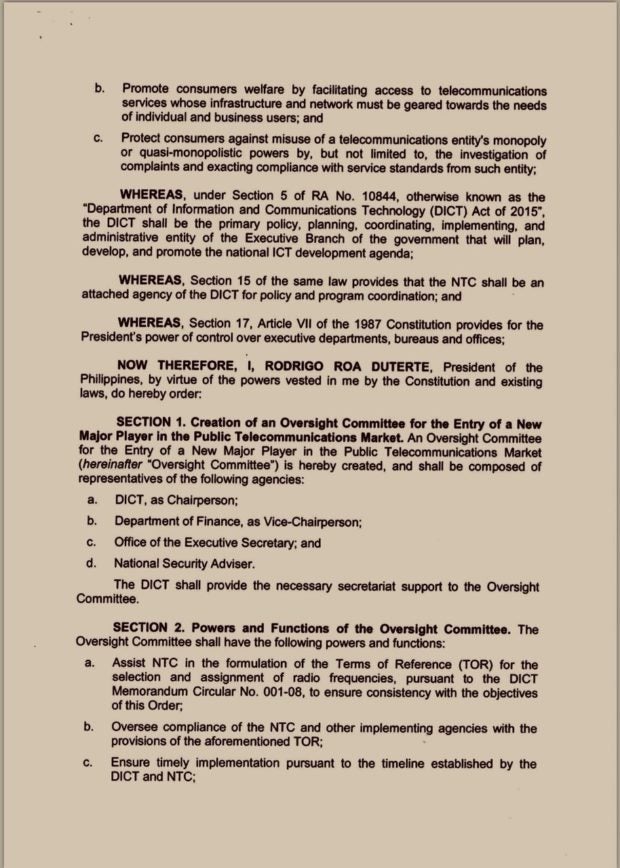 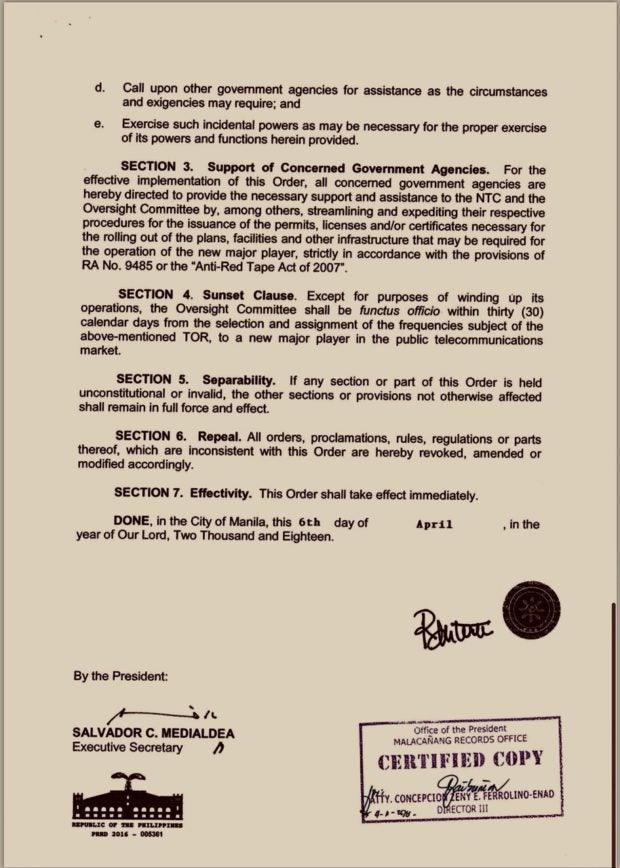