Woman dies after accidentally being ‘embalmed’ 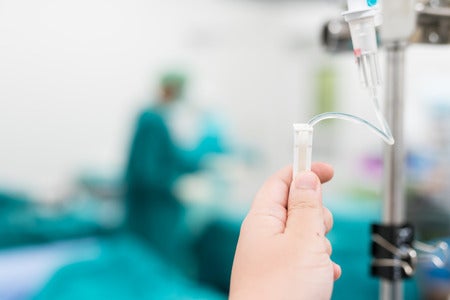 A woman in Russia died in a medical procedure gone wrong when she was put on a formalin drip, essentially becoming embalmed alive.

Ekaterina Fedyaeva, a 27-year-old from Russia, had an unidentified routine surgery and was to be put on a saline drip, The Sun reports. However, she was instead hooked up to formalin, a solution used in embalming fluid.

Her mother Galina Baryshnikova recounted that her daughter had convulsions and was in pain before going into a coma.

She and her daughter’s husband Igor were not informed immediately that her only child had received formalin, only that there was a medical blunder.

When she sought doctors’ help, she allegedly found them “discussing how to tell us that a terrible mistake had been made.” She learned that her daughter was on an artificial lung ventilator after major organs had shut down.

From the hospital, Fedyaeva was sent to a regional clinic where medics tried to rescue her with 52 drugs. A doctor at the clinic informed Baryshnikova that formalin was in her body.

Fedyaeva was then flown to Moscow for further medical attention. There, she regained a brief moment of consciousness but eventually suffered from multiple organ failure before passing away.

Her remains were interred on April 7. The case is currently under a criminal investigation. Niña V. Guno/JB