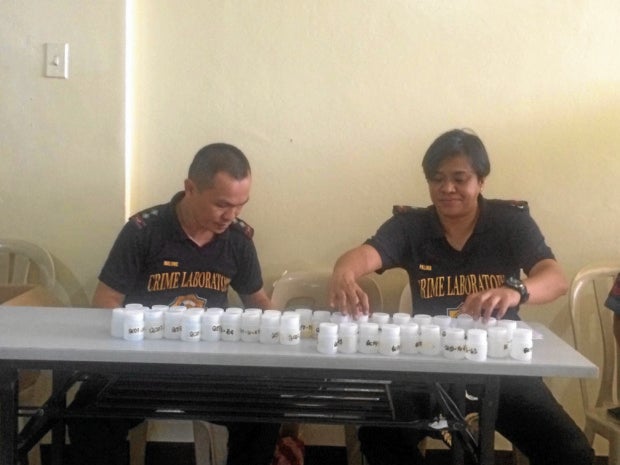 Members of the PNP Crime Laboratory prepare to do a drug test in Quezon City. INQUIRER FILE

Only by amending the Local Government Code of 1991 can drug testing be required for candidates vying the local government posts, two lawmakers said on Sunday.

1-CARE party-list Rep. Carlos Roman Uybarreta and 1-PACMAN party-list Rep. Michael Romero said the proposal to make drug testing a requirement for candidates for local elective posts could only be done by amending Republic Act 7160, and not though a presidential executive order.

“The qualifications for elected local government officials are provided in the Local Government Code of 1991… If the intent is to make sure our country does not have drug addicts and drug dependents as elected local officials or as executives of national government agencies, then that can be done by passing a law — either through Congress or by Initiative — but not through executive order,” Uybarreta said in a statement.

In a separate statement, Romero said: “Mandatory drug testing for President, Vice President, Senators, Members of the House of Representatives, the Chief Justice and Associate Justices of the Supreme Court, and the Constitutional Commissions requires amendment of the Constitution.”

The proposal came from Liga ng mga Barangay President Edmund Abesamis. He particularly suggested it for the May 14 Sangguniang Kabataan (SK) and barangay elections.

According to Uybarreta, the chances are slim for drug testing to become a requirement to run for barangay and SK posts.

He added that even if Congress were to be convinced to postpone the barangay and SK election now, there are “serious time constraints.”

Even Commission on Elections (Comelec) Spokesperson James Jimenez said this proposal was unconstitutional as the Supreme Court in 2008 ruled that requiring government officials, specifically lawmakers, to take a drug test was not indicated in the law. /cbb