What went before: The K-12 program | Inquirer News

What went before: The K-12 program 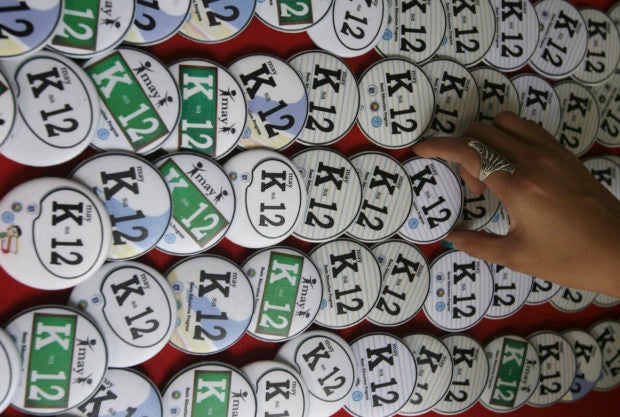 This was the primary aim of Republic Act No. 10533 passed in 2013, which established the K-12 program that added Grades 11 and 12 as the senior high school stage of the 13-year enhanced basic education system. Prior to this, the Philippines was the only country in Asia and one of the three countries in the world (the others were Angola and Djibouti) that had a 10-year basic education program.

Speaking on the proposed education system in 2012, President Benigno Aquino III said Filipinos were at the disadvantage in competing globally because of the old curriculum that he likened to “force feeding.”

“There is no time for the children to savor the knowledge they are receiving … The result: information is not processed as well as it should be, context is not a given and thus not applied, and the implications on the greater majority of Filipinos are not explained,” Aquino said.

During the second National

K-12 Conference in January 2017, Education Secretary Leonor Briones said the implementation of the new curriculum was more than just keeping up with our regional neighbors or with the global community.

Competing in the Philippines

“We are doing K-12 for ourselves and for Philippine education. We are doing this to be able to compete in our own country so that we can equip our learners with appropriate skills, creativity, and intelligence to cope with the changing world,” Briones said.

However, several petitioners have sought to halt its implementation, claiming that it was “despotic and antidemocratic.”

In March 2017, parents, teachers and students of Manila Science High School urged the Supreme Court to resolve their petition filed in June 2015 to stop the K-12 program, claiming that it has resulted in the clear abandonment by the State of its constitutionally mandated obligation to provide free public education as well as to make quality education accessible to all.

In its resolution in April 2016, the high court denied the petitioners’ plea for the issuance of a temporary restraining order, paving the way for the Department of Education (DepEd) to proceed with implementing K-12.

The new curriculum initially gained ground in 2011 with the enactment of RA 10157, which made compulsory kindergarten education for children at least 5 years old.

With the additional two years in high school, the K-12 program aims to prepare students for college, future employment and entrepreneurship.

Unlike the old system, senior high school has four disciplines—academic, technical-vocational-livelihood, sports, and arts and design. Students can choose from any of the four tracks based on how they want to do after high school.

For those who will pursue higher education, the SHS curriculum was aligned with that of the Commission on Higher Education to ensure that its graduates are equipped to handle college work.

The general education curriculum in college will then have fewer units as some of the subjects will be taken during SHS.

Instead, it will create opportunities for improving skills by fostering partnerships with companies to offer technical and vocational courses; getting work experience while studying through “immersion;” and eligibility to apply for Certificates of Competency (COCs) and National Certificates (NCs) issued by Technical Education and Skills Development Authority (Tesda) for better job prospects.

SHS has entrepreneurship courses for those who wish to start a business after graduating. —INQUIRER RESEARCH SOURCES: DEPARTMENT OF EDUCATION, OFFICIAL GAZETTE AND INQUIRER ARCHIVES