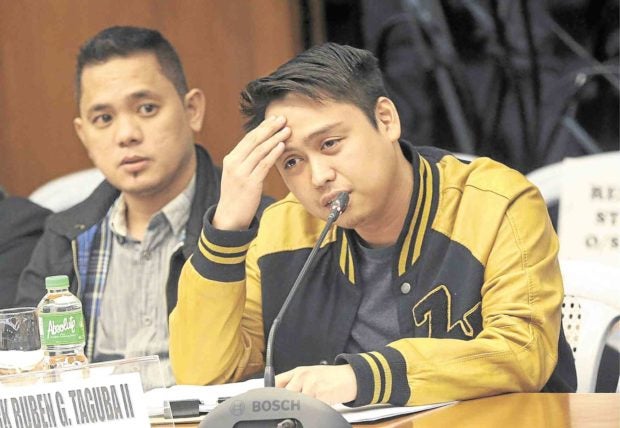 The Manila Regional Trial Court (RTC) Branch 46 has denied the motion filed by Customs fixer Mark Ruben Taguba II that sought to disallow evidence on the seizure of illegal drugs in the P6.4 billion shabu shipment from China to be used in court.

In a hearing on Friday, RTC Branch 46 Judge Rainelda Estacio-Montesa, however, gave Taguba’s camp five days to file a motion for reconsideration on the court’s initial decision.

Taguba’s counsel, Atty. Raymond Fortun, asserted in an ambush interview that the procedure of the Bureau of Customs (BOC) operatives in confiscating the evidence was being questioned in Congress.

Last year, the House dangerous drugs committee faulted BOC officials for committing “serious procedural lapses” in seizing the drug shipment which could “jeopardize” the chances of a case in court.

The panel pointed out that the failure to coordinate with the Philippine Drug Enforcement Agency (PDEA) in raiding the warehouse was a violation Section 87 of the Comprehensive Dangerous Drugs Act of 2002.

Aside from Taguba, EMT Trading owner Eirene May Tatad was also present during the hearing.

The criminal cases against Taguba, Tatad, and 10 others were filed before the trial court after the Department of Justice (DOJ) found probable cause to indict them for violation of RA 9165 or the Comprehensive Dangerous Drugs Act of 2002.