Poe: Aguirre should not go unpunished if he committed mistakes 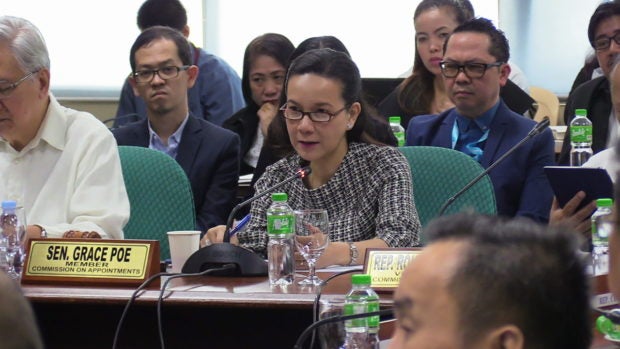 Even as Justice Secretary Vitaliano Aguirre II has already resigned from his post, Senator Grace Poe said that he should not be let off the hook so easily.

Poe said on Thursday that Aguirre should not go unpunished if it would be found that he has committed “abuses or oversight” during his tenure at the Department of Justice (DOJ).

The senator issued the statement following President Rodrigo Duterte’s announcement in Malacañang that he has accepted Aguirre’s resignation.

“Whether the exit was graceful or unceremonious,  one thing is also certain—the actions undertaken by the resigned official while in office can be assessed, and if abuses or oversight were committed, he cannot claim immunity from having to account for them,” Poe said in a statement.

“Hindi maaaring kapag napaso sa publiko, papalitan na lang ng walang kaparusahan o pagkastigo man lang [It is not just when you get burned, you just have to replace it without giving any punishment],” she said.

Aguirre’s resignation, Poe said, proves that anyone appointed to a Cabinet position can be sacked anytime by the President.

“It proves one constant in Cabinet appointment—Pwede kang ma-endo [You can experience endo] anytime by the President. One minute you are the lord in your little kingdom, the next minute, you are clearing your desk,” the senator said.

With Aguirre out at the DOJ, Poe said that President Duterte should now endorse a new Justice Secretary to the Commission on Appointments.

“The next step is for the President to endorse a new Justice Secretary to the Commission on Appointments, which vets the nominees. We welcome this opportunity for the Chief Executive to appoint a replacement suited for the position,” she said.

Roque said the President Duterte chose Guevarra because of his competence and integrity.