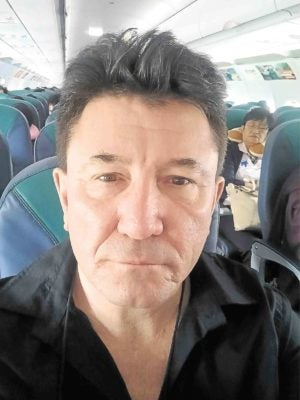 “I don’t want the Philippine government to kill or hurt my captors. The way to reach to them is to talk to them. If they are arrested, don’t kill [them]; put them behind bars,” Rodwell said through a Facebook chat on Sunday.

Rodwell issued the statement after learning that Nurhassan Jamiri, the leader of the group that abducted him in 2011, had yielded to the military.

The Basilan-based Jamiri surrendered to soldiers in Hadji Mohammad Ajul town on March 28 together with 13 Abu Sayyaf men, according to Lt. Gen. Carlito Galvez Jr., commander of the Western Mindanao Command.

Jamiri and his men also turned in their firearms.

The surrender took place two days after Mr. Duterte visited Patikul town in Sulu province and urged Abu Sayyaf bandits to yield and talk to him.

The latest surrender had brought to 202 the number of bandits who had turned themselves in since martial law was declared in Mindanao in May last year after Islamic State-inspired terror groups laid siege to Marawi City, Galvez added.

Rodwell, who said he nearly died in captivity due to blood loss from a bullet wound, welcomed the surrender of Jamiri and the government’s commitment to provide them livelihood and housing.

“Forgiveness and acceptance … I have no ill feelings against any of my … captors,” he said.

Rodwell said people might question his position on the Abu Sayyaf problem, but he wanted to make them understand that the likes of Jamiri “were born into that situation (lawlessness).”

Rodwell said the planned reintegration program for Abu Sayyaf bandits who surrendered to the government “sound[ed] wonderful.”
“We can only hope that Abu Sayyaf members in custody are also trained for their own benefit,” he said. “Which is more important for society? Punishment or rehabilitation? Are these people any less human than we think we are?”

He said it was not enough to simply identify a social problem, but “it’s more important to look at ways of minimizing or eliminating the impact of such.”

Rodwell, however, said he would not drop the charges he filed against Jamiri and his other captors. “I’d leave it to the court. I’ll let it undergo the normal proceedings,” he said.

Read Next
Mistaken identity? Cops arrest Kadamay leader for murder
EDITORS' PICK
House energy committee chair Arroyo bats for cheap electricity
EDITORIAL: To a bike-friendly future
Pagasa: Warm, sunny Sunday in most parts of PH
The Best Tech Gifts For The 2022 Holidays
Is it safe to talk politics again at family gatherings? ‘The Reconciliation Dinner’ shows us what that’s like
vivo’s coming to town to grant wishes with more holiday promos
MOST READ
LOOK: Vhong Navarro transferred to BJMP detention facility in Taguig
The Elephant Man in the Senate
Posh village as ‘shabu’ haven
LOOK: Zanjoe Marudo bonds with Ria Atayde, her family
Don't miss out on the latest news and information.