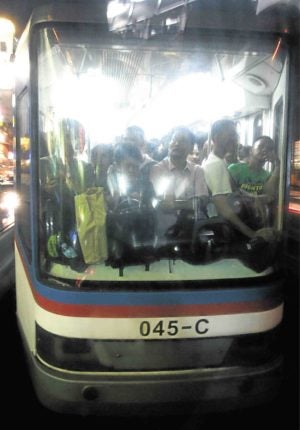 After undertaking extensive maintenance work during a five-day Holy Week break, the Metro Rail Transit 3 (MRT 3) deployed 15 trains on Monday, making good on a promise it made along with the Department of Transportation (DOTr).

The last time that the country’s busiest train system had this many operational trains was on Jan. 5.

According to the MRT 3 management, this was made possible through the efforts of its officials, engineers, technicians and other personnel who worked tirelessly from Holy Wednesday to Easter Sunday “to ensure a safe and convenient ride for our commuters.”

TJ Batan, the transportation undersecretary for railways, said that with more trains to serve passengers, the queuing time at the 13 MRT 3 stations would be reduced. When the train line was operating with just six trains in February, passengers waited for over 10 minutes. With 15 trains, the waiting time went down to just six minutes.

It also meant a decrease in demand for point-to-point (P2P) buses offered by the government to augment MRT 3 operations. Yesterday, only 26 trips were made by the 21 P2P buses that ferried more than 1,600 passengers to Ortigas and Ayala.

Batan said that the next target was to restore the number of available trains to 20 with the takeover of the train line’s rehabilitation and maintenance provider.

The DOTr earlier said that Japan International Cooperation Agency’s nominated maintenance provider was expected to start working in May, following the system audit conducted by more than 50 Japanese railway engineers and experts who arrived in the country in February.