UP vendors' struggle: Retaining that 'small place' in the heart of students | Inquirer News

UP vendors’ struggle: Retaining that ‘small place’ in the heart of students

At the crack of dawn on March 8, Glodivie Dioquino could only gasp in disbelief as she watched helplessly the Shopping Center (SC) of the University of the Philippines (UP) went up in flames in a span of minutes.

Shedding tears out of shock and frustration, the 47-year-old vendor said she could not do anything but stare at the location of her livelihood being engulfed by fire. 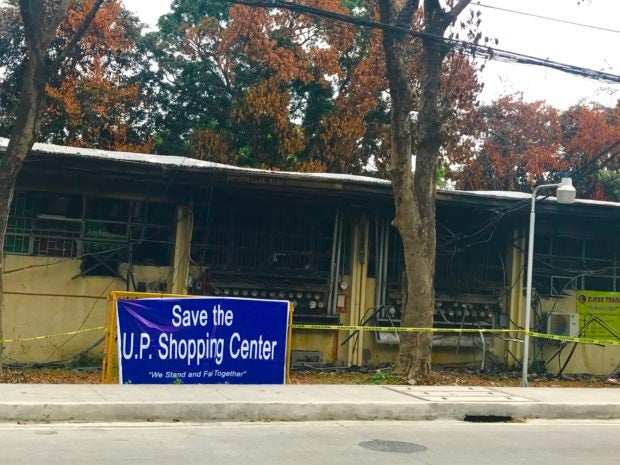 (This is really very hard for me. We went there running because we have friends who also have stall spaces asking for help. The fire was not overwhelming yet at the time we arrived, but we cannot do anything because the blaze was spreading quickly.)

Dioquino or “Ate Nene” as people call her, owns a small space beside the SC. It was in 2004 when her mother passed on to her their banana que and karioka business that started way back in 1985. 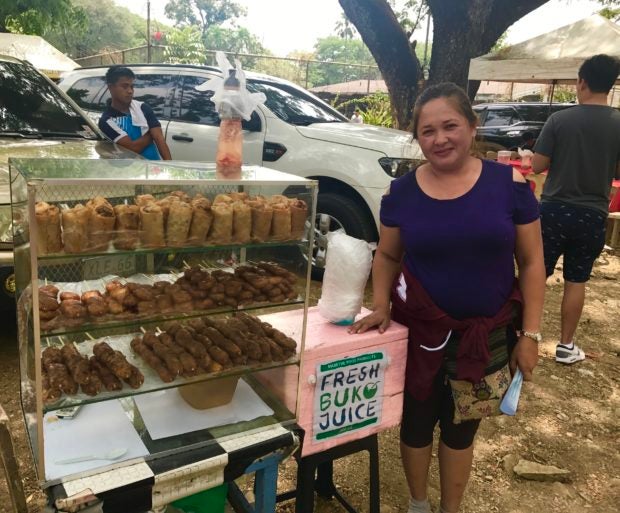 (When the fire happened, gone goes our livelihood. Since the fire on March 8, I haven’t been able to sell anything.)

She recounted that she sold banana que last Palm Sunday, March 25. She tried her luck again the day after, but failed to gain profit. On Maundy Thursday, she once again risked her remaining capital and placed her mini stall in front of UP Parish of the Holy Sacrifice, praying that odds would favor her this time. 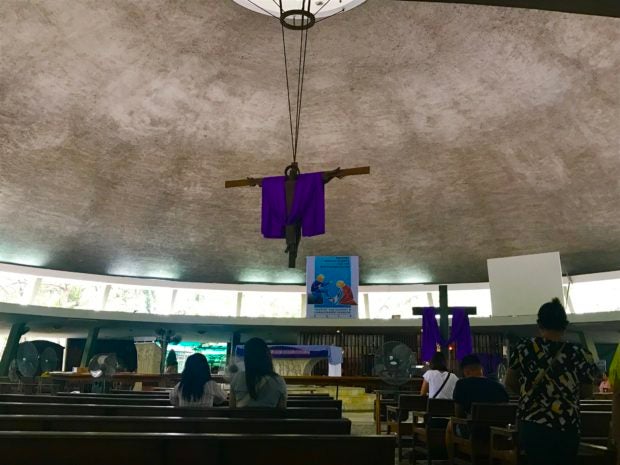 Parish of the Holy Sacrifice

She said she still has to pay for their store’s P1,400 monthly rent even though she was only able to sell her products scarcely–barely thrice since the fire. With a measly P300 to P350 daily earnings, she said her money was not enough to support her five children, and many grandchildren who are all depending on her and her husband.

Holy Week’s penitence came early for them, she said. But what she fears the most was that this life’s challenge might be longer than expected.

Last March 18, Edna Sinoy, leader of Samahan ng mga Manininda sa UP, said a staff from the UP Business Concession Office (BCO) informed them that their permit to operate would expire on March 31. Since February this year, she said their process of getting a permit was also put on hold.

On March 20, their group along with students and some faculty members staged a protest in front of UP administration’s Quezon Hall to express their opposition to the alleged move of the administration to kick them out of the University.

That day, Dr. Raquel Florendo, director of the BCO, assured them that their permits are being processed, Sinoy told INQUIRER.net. But aside from that assurance, no concrete plan had been laid out yet, which heightened their worries even more.

While she is a little skeptic, Dioquino still hopes that the UP administration would take time to hear their concerns.

(Who are we anyway for them to talk and listen to us? We are just small and ordinary vendors, are the officials going to waste their time on us?)

With tears running down her face, Dioquino said they have no other option but to wait for the inevitable to happen.

(But still we are pleading for them to talk to us, it would be a huge gratitude if they talk to us, we’ll just wait.)

(I’ve been asking the Lord that… this Holy Week, I am hoping that we will have another suitable place, for the people, even if only we earn something that is enough. Hoping that this challenge ends.)

UP Diliman Chancellor Michael Tan said vendors who are compliant of UP and the Quezon City government’s requirements have nothing to fear. He also assured that there are no plans to eject any vendors on March 31.

“(UP) President (Danilo) Concepcion has ordered strict compliance with city regulations on food saftey. All food sellers will be inspected for compliance but there are no plans to eject anyone on March 31. In addition to food safety, we are also inspecting all retail establishments for compliance with fire safety and with other business permit requirements. Those who are compliant have nothing to fear,” Tan told INQUIRER.net in a text message.

Tan also confirmed that Florendo met with the vendors and she had already informed them of this.

“Problem is when we try to enforce rules people complain. But when a fire or other problem occurs we are accused of being negligent,” he added.

Sinoy said they would continue to believe Tan, even though talks of them being evicted in the University had already been circulating for the past years. 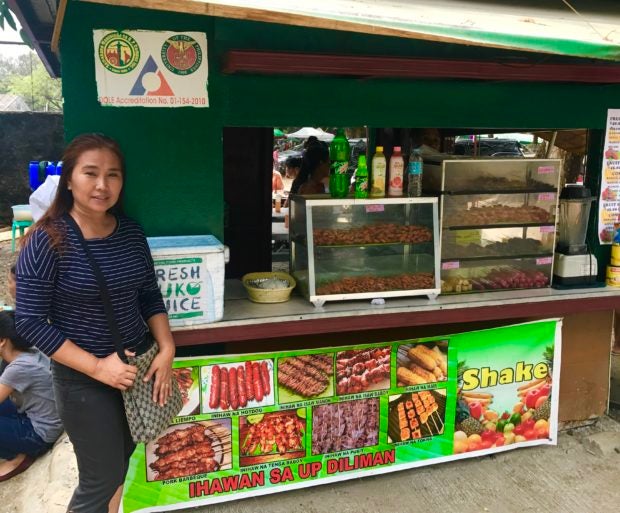 (Even before the time of martial law, we, the vendors, had already been here. We are holding on to what Chancellor Tan had said, we are here for the students.)

The leader also expressed hopes that the UP administration would understand their concerns and recognize their service for the UP community.

UP student Darren Bendanillo said he supports the call of the UP vendors, who had become an important part of his life as a student.

(We are depending on these vendors for quick bite, especially for those in a hurry and working students who do not have enough time to have their breakfast.)

Sinoy said their day usually begins at 6:00 a.m. and ends around 10:00 in the evening. All their efforts, she said, are worthy once the students thank them for their service especially during graduations.

(We stay until 10 p.m. to wait for the students to go home because they do not have any other place to eat.)

(it is saddening to know that they are saying we contribute nothing to the students, we are somewhat becoming an eye sore. That is totally not true. We are just nothing to them [administration] because we pay fees smaller than that of the huge business.)

Sinoy said their organization, which was accredited by the Securities and Exchange Commission (SEC) since 1986 and acknowledged by the Department of Labor and Employment, has also been conducting projects to help their 65 members.

Among their accomplishments, she said, was successfully requesting funds for the livelihood of some child laborers in UP, providing shredder machine and bioreactor to UP which came from the Department of Science and Technology (DOST), and providing life and accident insurance to its members, as well as giving scholarships to some children and relatives of the UP vendors.

Sinoy also hopes that the UP administration would heed their calls, as vital members of the UP community.

(We are praying this Holy Week that they consider the plea of the vendors and the students, that we will not be evicted, we are ready to follow the rules.)

(It is hard to lose a livelihood especially that we have become part of UP, since we’ve been here for decades. Most of the time the adminstration does not see us as part of a family, of a community. Some of the students even treat us just like their parents and them our children.)

Despite the fears, Sinoy said she, along with the other vendors of UP, would continue to serve no matter what the next days hold.

Like Christ who rose again on the third day after his crucifixion, Sinoy is hopeful that they too, shall rise from the rubble, and continue their livelihood and devotion.

(That is what our mission: to provide services to the students and members of UP.)

(We hope they don’t kick us out that instant, and that is because of commercialization.) /jpv