Duterte wants another Mayor Duterte in the future 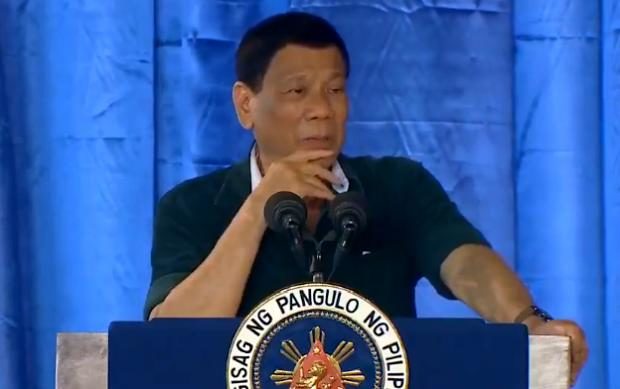 President Rodrigo Duterte on Monday said he wished that one of his grandsons to follow his footsteps and become Davao City mayor someday.

In a speech in Patikul, Sulu, Duterte reiterated that he no longer wanted to extend his term, citing his old age.

But the 72-year old President had one wish: for his grandson Omar Duterte to be Davao City mayor.

Despite belonging to a family of politicians, the President said he was in favor of the anti-political dynasty provision in the proposed new constitution.

Duterte served as Davao City mayor for more than 22 years while his daughter Sara Duterte Carpio is currently the city chief executive. /cbb