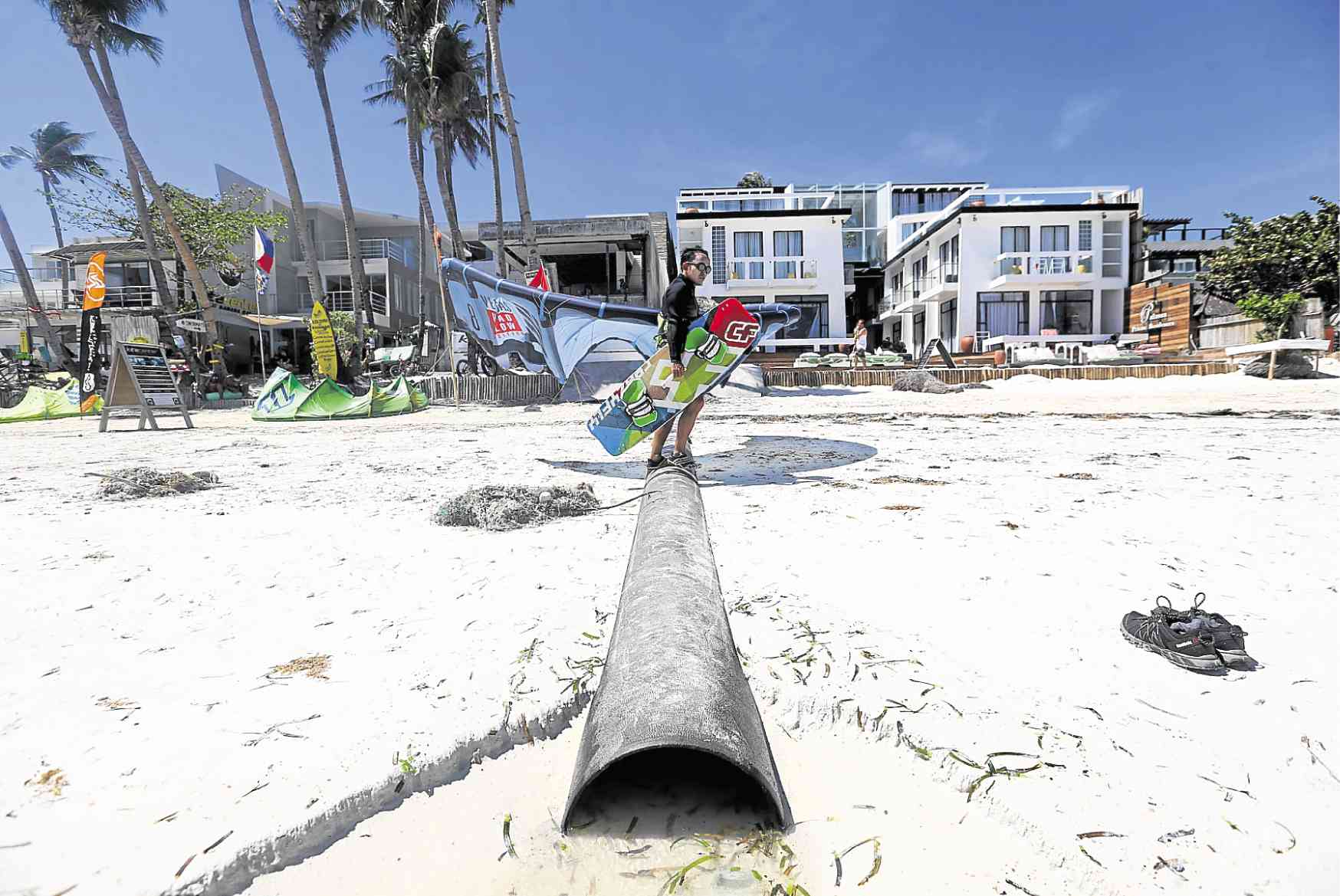 LIFE’S A BEACH—NO MORE The hordes of tourists who used to frolic on the country’s premier beach destination are nowhere in sight despite the start of the Lenten holiday, no thanks to the government plan to close the island to visitors. —LYN RILLON

ILOILO CITY—A bill seeking to create a council that will take over the management and protection of Boracay has been filed in the Senate.

Authored by Sen. Franklin Drilon, Senate Bill 1765 (An Act Creating the Boracay Island Council) was filed on March 20 and is pending before the Senate committees on environment and natural resources and on local government.

The bill provides for the creation of the Boracay Island Council (BIC) composed of representatives of government agencies, local government units and the private sector which “shall take over the management, development, regulation, protection and maintenance of the island, including its coastal resources and marine biodiversity.

In the introduction of the bill, Drilon cited the situation of Boracay Island, the country’s prime tourist destination, which he said was in a “state of disrepair.”

He cited the problems of the island including the sewage system, flooding, excessive algae, contamination of the waters and deterioration of the coral reefs.

“The situation calls for urgent and extreme measures to address the crisis,” Drilon said in his explanatory note.

He cited the need to create the BIC as a body that will manage and regulate the island.

“It is apparent that Boracay has suffered from the governmental system currently in place. It (governmental system) has failed to provide the island with protection and preservation that it needs,” Drilon said.

Boracay Island, composed of the three villages of Yapak, Balabag and Manoc-Manoc, is part of Malay, a first class municipality in Aklan province.

The 1,032-hectare island was classified as a tourist zone under Presidential Proclamation 1801 issued in 1978 by late President Ferdinand Marcos.

With the enactment of the Local Government Code in 1991, government power were devolved to local government units.

Representatives from local government units will come from the Aklan provincial government, Malay municipal government and the three villages on the island.

An inter-agency task force composed of the DENR, DILG and DOT have blamed local officials for the failure to enforce environmental laws and regulations and regulate the development of the island.

But the local officials have also blamed national government agencies for lack of support, especially on critical infrastructure projects that are beyond the resources of the local government.