JBC has more than 10 SALNs of De Castro

Supreme Court (SC) Associate Justice Teresita Leonardo-De Castro made public on Monday a certification from the Judicial and Bar Council (JBC), indicating she has submitted more than the required copies of her Statement of Assets, Liabilities and Networth (SALN) when she applied for the Chief Justice post in 2012.

Based on the certification issued by the JBC, they have on their file photocopies of De Castro’s SALN from 1997 to 2011 or a total of 15 SALNs – five SALNs more than the JBC-required 10 SALNs.

In her comment to the quo warranto petition filed against her before the SC, Chief Justice on-leave Maria Lourdes Sereno said De Castro was among those “who had likewise failed to submit to the JBC one or some of their SALNs and has also benefitted when the JBC relaxed the rules on SALN requirement.” 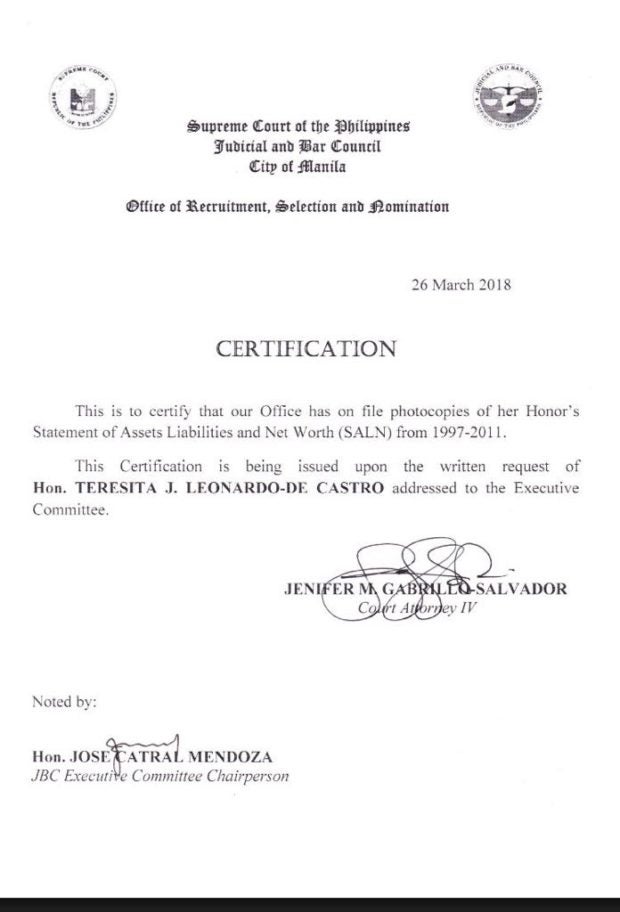