Plebiscite for new Constitution this October is ‘almost impossible’ – Puno 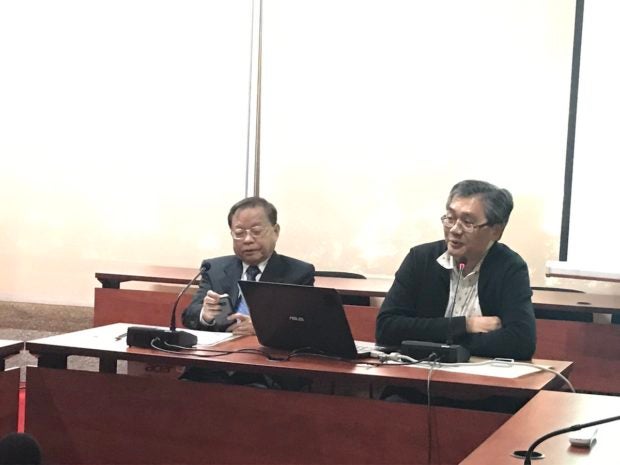 Chair of Consultative committee (Con-com) retired Chief Justice Reynato Puno holds a press briefing on the inclusion of environmental rights in the Constitution to be proposed by the body. PATHRICIA ROXAS / INQUIRER.net

For retired Chief Justice Reynato Puno, a plebiscite on the amendment of the 1987 Constitution in October this year is “almost impossible.”

“I think it’s almost impossible to have this new Constitution approved by the people by October of this year,” Puno, who chairs the Consultative Committee (Con-com) tasked by President Rodrigo Duterte to review the 1987 Constitution, said in a press briefing on Monday.

“Congress would still have to convene as a constituent assembly (Con-Ass) and right now the Senate has not agreed to join the lower House in the con-ass. Assuming the Senate agrees, that would only be the start and I suppose that will take time,” he added.

Puno, who was also part of the body that drafted the 1987 Charter, said the impending impeachment trial against Chief Justice Maria Lourdes Sereno would also “further take away” Senate’s time.

Panganiban further proposed that the constitutional plebiscite be held alongside the October 8 village elections.

However, despite the lower House’s approval of this postponement, Senate President Aquilino “Koko” Pimentel III had already dismissed any chance that the bill would succeed in the upper Chamber.

In the same media briefing, Puno also disclosed Con-com’s plan to include a self-executing provision on environmental rights under the federal constitution that they are drafting.

Further, Puno said the Con-com is not inclined to create or allow any provision that will extend terms of any public official under the draft of a new charter.