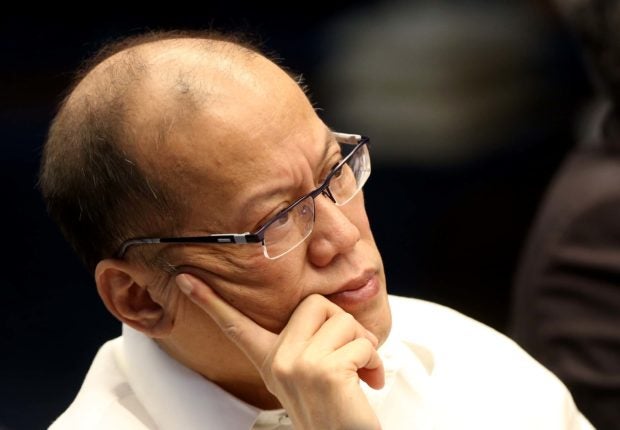 The attempt of President Duterte’s supporters to indict former President Benigno Aquino III and some members of his former Cabinet over the P3.5-billion Dengvaxia fiasco got off on the wrong foot.

During the clarificatory hearing on Friday, Senior Assistant State Prosecutor Rossanne Balauag, head of the Department of Justice (DOJ) panel of prosecutors, took to task lawyer Manuelito Luna, counsel of the Volunteers Against Crime and Corruption (VACC), for their failure to include the addresses of all respondents named in the complaint, which the group jointly filed with the Vanguard of the Philippine Constitution Inc.

She also informed Luna and fellow VACC counsel Nasser Marohomsalic that the panel had decided to deny their request for the DOJ to subpoena certain government agencies in support of their allegations against Aquino et al.

Balauag reminded them that the DOJ was not conducting a fact-finding investigation of the nationwide dengue immunization program, which had 830,000 schoolchildren vaccinated with Dengvaxia.

“The presumption is that when you filed the case, you are morally convinced that you have a case against the respondents and that you have sufficient evidence to warrant [an indictment],” Balauag said.

“It is not [the job] of the panel to look for evidence for you,” she added. “You should be the ones submitting [those documents] to us.”

Marohomsalic had wanted the DOJ prosecutors to demand the submission of pertinent documents from the Philippine Children’s Medical Center, Food and Drugs Administration, Department of Health (DOH), University of the Philippines, Public Attorney’s Office, Philippine General Hospital and the Department of Budget and Management.

Luna did not appeal the DOJ panelís decision, but insisted that they did not experience any difficulty in a related complaint they brought in the Commission on Elections (Comelec).

To which a visibly irate Balauag retorted, “You submit these documents to us now before we submit a subpoena to all the respondents in this case.”

“We are not privy to that complaint (in the Comelec), so we donít take judicial notice of those documents Ö Donít confuse this hearing with the Comelec hearing,” she said.

Also named respondents were former and current DOH officials and executives of pharmaceutical firms Sanofi Pasteur, the manufacturer of Dengvaxia, and Zuellig Pharma.