Andanar orders probe on ‘breach of protocol’ over grammar-challenged IDs 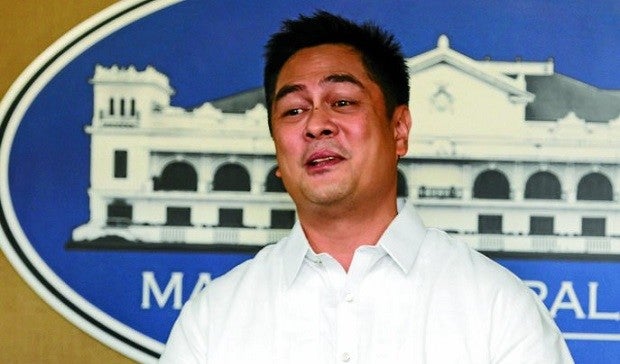 Communications Secretary Martin Andanar has ordered an investigation into what he claimed was a “breach of protocol” in the supposed grammatical errors on IDs issued to the media that became the subject of mockery and criticisms.

Andanar also directed the recall of the IDs, which critics and grammarians picked on notably due to the following “instructions” printed on the cards:

“This card to be worn during presidential coverage, but subject to specific accreditation/security requirements. It should be  worn all times in entering Malacañang and while inside the Palace grounds. Unauthorized use of this card will result in confiscation.

“It is non-transferable and void if altered this card remains property of the Presidential Communications Office.

“Upon expiration or when resigns from his or her agency, this card should be returning without delay to the International Press Center, G/F National Press Club, Magallanes Drive, Intramuros, Manila.”

Andanar, in a text message, said the breach of protocol is based on four grounds:

“1. Staff did not show the backflip of the ID to me; 2. IPC did not return the final design for my approval; 3. IPC used an e-signature without my permission; 4. IPC used the wrong e-signature.”  /kga 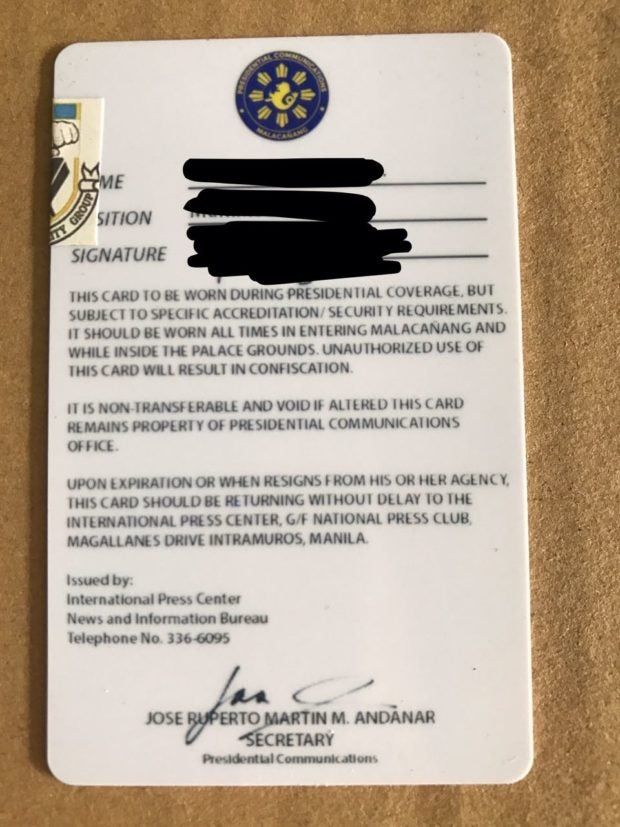 The controversial ID issued by the PCOO to members of the Malacañang Press Corps (MPC) and Foreign Correspondents Association of the Philippines (FOCAP) covering the President. PHOTO/Nestor Corrales, INQUIRER.net