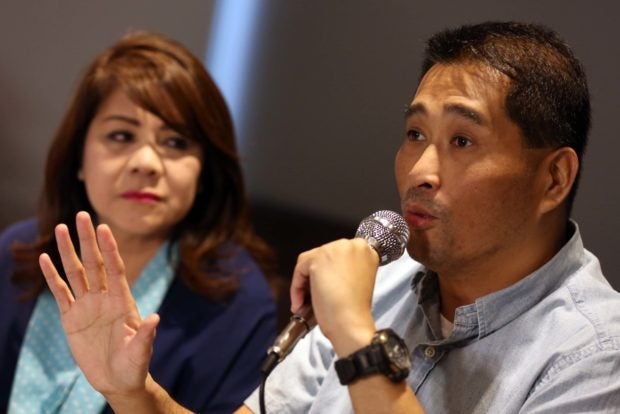 No to the closure of Boracay. Yes to its rehabilitation.

Tourism industry and Boracay-based leaders on Thursday made the appeal to President Duterte, who is supporting the proposal of the Department of the Interior and Local Government to close the island for six months to fix its environmental problems.

The industry leaders said a closure would result in the loss of around 36,000 jobs and would adversely affect the island’s image as a world-renowned tourist destination.

But they pushed for a partial closure of the 1,032-hectare island in Aklan province starting June during the rainy season.

Last month, the President likened Boracay to a “cesspool” because of brazen violations by establishments there of environmental and zoning laws that included dumping sewage into the sea.

“We support the government in adopting responsible and sustainable tourism practices that are making places better for people to live and visit, but [not in] shutting down the whole island,” said Marlene Dado Jante, president of the Philippine Travel Agencies Association.

Leaders of other groups, such as the Tourism Congress of the Philippines (TCP), Philippine Tourism Operators Association (Philtoa), and Hotel Sales and Marketing Association (HSMA), also attended the press conference.

HSMA president Christine Ibarreta, reading from the groups’ joint statement, said the closure of the entire island “will have a severe impact on Philippine tourism as a whole” because Boracay was the “centerpiece of Philippine tourism.”

Around 18,800 tourists arrive in Boracay every day, staying an average of three days and two nights.

Of the country’s tourism receipts from January to September 2017, 20 percent or P56 billion was generated by Boracay.

“All the hard work and marketing efforts of the tourism industry over the years will all come to naught, while our regional competitors will reap the benefits,” Ibarreta said.

The tourism industry leaders were joined by officers and representatives of Boracay-based groups.

TCP president Jose Clemente III said the industry was appealing for a dialogue with the President so that it could propose solutions other than total closure.

He said local industry leaders were worried about reports that Mr. Duterte would declare a state of calamity by March 26 and that the closure would take effect in a month.

“We ask to be briefed about the details of the rehabilitation,” Clemente said.

The groups’ positions on partial closure and its postponement conflict with the stand of a government task force—composed of the environment, interior and tourism departments—that closing the island was urgent to prevent its further deterioration.

Philtoa vice president Fe Abling-Yu said the groups were asking the government to give them 60 days, or April and May, to undertake cleanup and rehabilitation.

“If efforts made are not enough, then and only then will a closure be effected. If timelines are followed, the closure [should] happen in June, in time for the [rainy] season,” Yu said.

Leonard Tirol of the Boracay Foundation prefers the closure to be from September to November. “April is a peak season. If you want to close it, give [businesses] … the time to get some revenues to sustain their workers,” he said.

He said there was no more off-season in Boracay. “It’s only peak and superpeak.”

Closing the island in the middle of the year is not advisable as it is the time when Chinese and Koreans come, said Tirol, whose clan is one of the island’s original landowners.

He said closure in stages should be implemented.

In Barangay Yapak, for instance, beaches have already been cleared of vendors, while West Cove hotel and other restaurants have been closed for violating easement rules, he said.

One beach in Barangay Balabag, which suffers from high coliform levels, could be closed while the problem is being dealt with, he said.

Philtoa officer Mary Ann Ong said that while Boracay was currently booked, tour operators were on a “wait-and-see” mode, worried about future bookings.

The popular destination can still receive visitors during the Holy Week break, according to Malacañang.

No specific instructions have been given concerning Boracay and the “status quo” remains, presidential spokesperson Harry Roque said.

If it would indeed be closed, it would likely be during the lean season, he said.

Shutting down the island will affect the livelihood of more than 17,300 registered local and foreign workers, according to industry leaders.

Also to be affected are 19,000 in the informal sector, including beach masseurs, tattoo artists, vendors and daily laborers.

“On top of these are the families and dependents of these workers,” Ibarreta said.

There are around 54,400 registered residents in the three barangays of the island. —WITH REPORTS FROM POCHOLO CONCEPCION AND LEILA B. SALAVERRIA