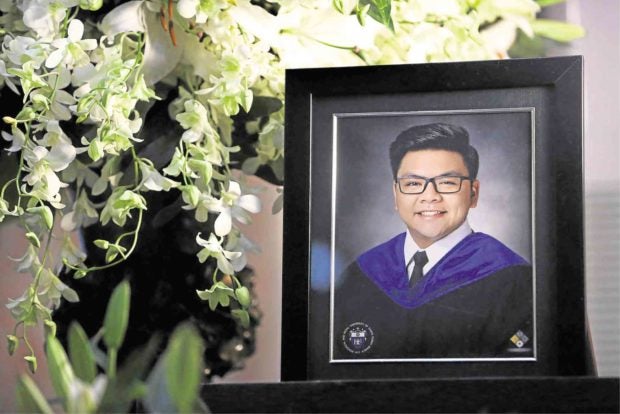 The Manila Regional Trial Court Branch 40 ordered the arrest of the accused in the death of University of Santo Tomas (UST) law student Horacio “Atio” Castillo.

“Upon personal evaluation of the resolution of the DOJ Panel of Prosecutors as well as all the supporting evidence on records, this Court finds probable cause and that there is a necessity for placing all the accused under custody in order not to frustrate the ends of justice,” the court, through Presiding Judge Alfredo D. Ampuan, said.

The 10 accused are facing a case for violation of Republic Act 8049 or the Anti-Hazing Law. The case is a non-bailable offense, which carries a penalty of reclusion perpetua.

Castillo was in his first year of law school at UST when he died while undergoing hazing rites at the Aegis Juris library in Sampaloc, Manila, on Sept. 17 last year.

After several months of deliberating on the case, DOJ prosecutors issued a resolution on March 6 recommending the filing of charges against the 10 respondents for violation of Republic Act No. 8049 or the Anti-Hazing Law.

Their findings were based on the testimony of Marc Anthony Ventura, a fraternity member present during the hazing rites, who has been placed under the government’s witness protection program.

But it ordered the filing of charges for perjury and obstruction of justice against John Paul Solano, another Aegis Juris member and former UST student, who initially claimed in the police investigation that he only chanced upon Castillo’s body in Tondo but later admitted that he was called by his fraternity brothers to administer first-aid on the unconscious victim and was among those who brought him to Chinese General Hospital. With a report from Aie Balagtas See