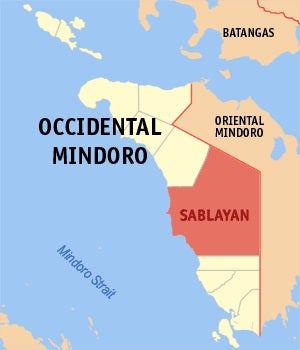 The Land Transportation Franchising and Regulatory Board (LTFRB) on Wednesday served a 30-day preventive suspension order against Dimple Star Bus company following an accident that left 19 people dead in Mindoro.

The preventive suspension was issued after one of the Dimple Star buses fell into a cliff in Sablayan town, Occidental Mindoro province on Tuesday night killing 19 people and injured 21 others.

The LTFRB ordered the Dimple Star company to prevent 10 of its buses with the route San Jose, Occidental Mindoro – Manila (and vice versa) to ply and ferry passengers

The agency also ordered the Dimple Star company to surrender the licensed plates of those buses on Friday.

“Respondent-operator is hereby directed to surrender the for hire plates of the aforesaid buses to the legal division of this Board on Friday, 23 March 2018 between 9 a.m. and 5 p.m.,” its order stated.

The LTFRB also urged the Dimple Star Bus to inspect the road worthiness of its buses and put under a seminar training its drivers and conductors.

A compulsory drug testing to both its drivers and conductors must also be done by the operator, LTFRB said.

The Dimple Star bus involved in the accident came from San Jose town and was on its way back to Manila when it smashed into a portion of the Patrick Bridge. /jpv 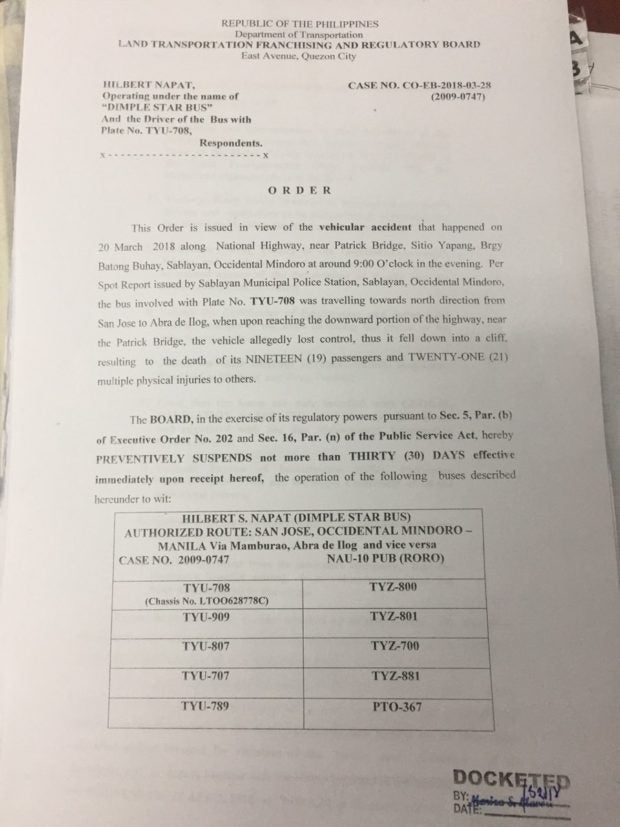 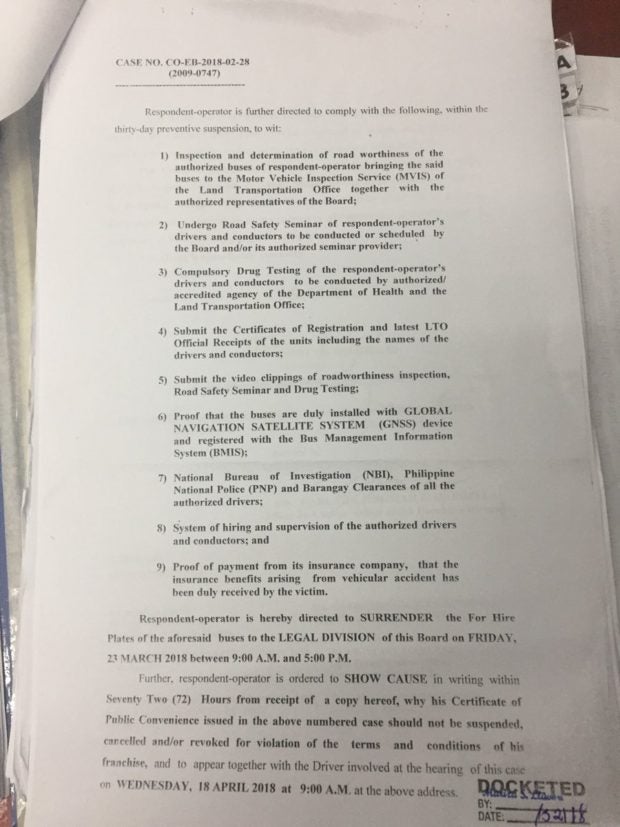 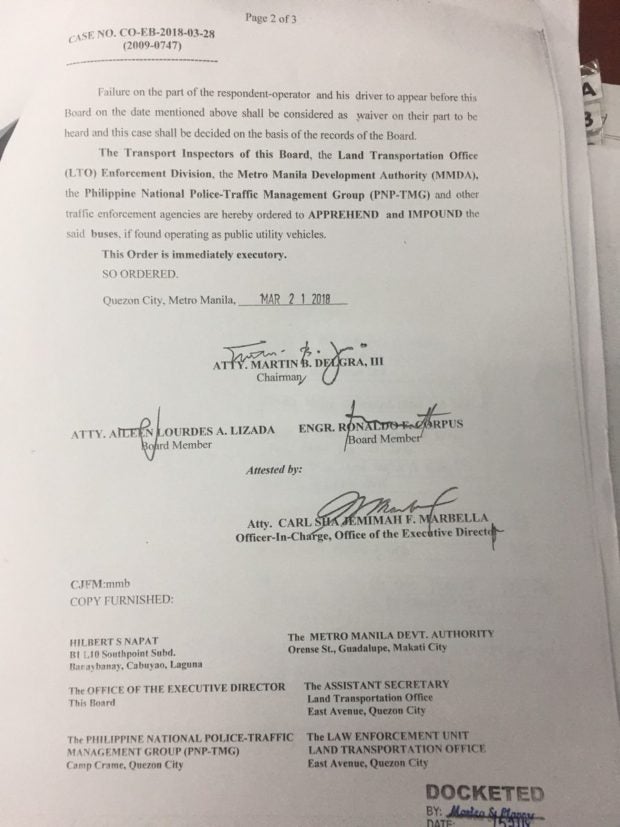 Read Next
Village leader yields after killing village councilman
EDITORS' PICK
DILG to stranded workers: ‘Stay where you are’ until Luzon-wide quarantine is over
DILG says middle class will also get govt aid during Luzon-wide quarantine
IATF: Food firms to operate with 50% of workforce during Luzon quarantine
UP-PGH wards for COVID-19 patients finished in 5 days
Cebu City closes its borders
Style and music journeys with Claudia Barretto
MOST READ
Locsin blasts DOH for blocking entry of Chinese doctors
Another doctor dies due to COVID-19 in Cebu City, doctor-husband critical
DOH pressed to expand, speed up virus testing
No more bread? Company forced to limit production
Don't miss out on the latest news and information.