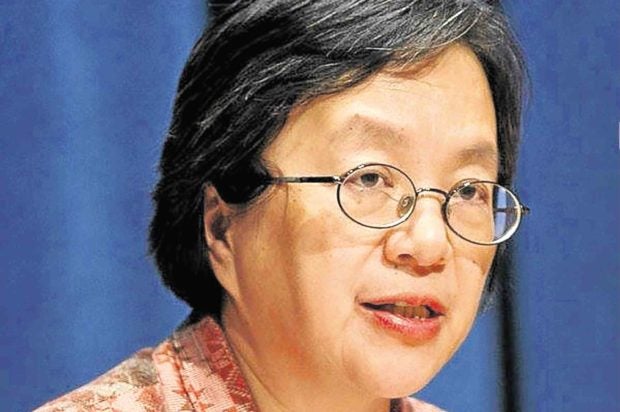 BAGUIO CITY—The city council on Monday approved a resolution asking the government to remove seven Baguio activists and scholars from a list of more than 600 people tagged by the Department of Justice (DOJ) as “terrorists.”

The DOJ appended the list to its petition asking a Manila Regional Trial Court to declare the Communist Party of the Philippines and its armed wing, the New People’s Army, as terrorist groups.

Corpuz on Tuesday thanked the councilors for the resolution, saying their support eroded the DOJ argument that their activities should be labeled as “terrorism.”

“I was born and spent most of my life in Baguio. Even while I am performing my mandate as the UN special rapporteur on the rights of indigenous peoples, Baguio remains my home base. I hope Baguio will become our sanctuary where we can feel secure and protected,” she said.

Two others on the list, Joanna Cariño and Jeanette Ribaya-Cawiding, both educators, were among the city’s outstanding women leaders.

The council resolution said these residents “never joined revolutionary groups, although they have been passionate and active in advocating human rights.”

The resolution said: “The United Nations, particularly Michel Frost, special rapporteur on the situation of human rights defenders, and Catalina Devandas Aguilar, chair of the committee on special procedures and other international organizations, [have] urged the Philippine government to drop the terror tag [on the human rights] defenders as it is an unacceptable attack and an act of retaliation by the administration.”

In Mindanao, the Moro and “lumad” group, Sandugo, protested the inclusion of at least four of its leaders and other members of progressive groups on the list.

“Fighting for the [indigenous peoples’ rights] for self-determination is not an act of terror,” Jerome Aba, Sandugo cochair, said.

He said Sandugo cochair Cariño; Sandugo council members Bolinget and Longid; and founding member Datu Isidro Indao, did not commit terrorism but instead worked to improve Moro and lumad communities.

“Other [IP leaders] from Mindanao like Datu Mandayhon, Datu Mampadayag and Mamerto Guyanon are also [on the list]. They are actively opposing the encroachment of mining corporations and agribusiness plantations into their ancestral lands,” Aba said.

Read Next
Bulacan airport closed pending crash probe
EDITORS' PICK
UK’s Boris Johnson will resign, BBC reports
Unemployment rate up to 6% in May
Geek out at TOYCON 2022 powered by Smart Signature
High inflation: Your P1 is now worth only 87 centavos
High-risk pregnancy: Reducing your risk is in your hands
House energy committee chair Arroyo bats for cheap electricity
MOST READ
Suspect in grisly killing of missing woman in Bulacan arrested
Kim Atienza’s daughter flaunts bikini body in response to critics of her ‘revealing photos’
Number of active COVID-19 cases in PH breaches 11,000
Ex-Defense chief Lorenzana is the new BCDA chair
Don't miss out on the latest news and information.