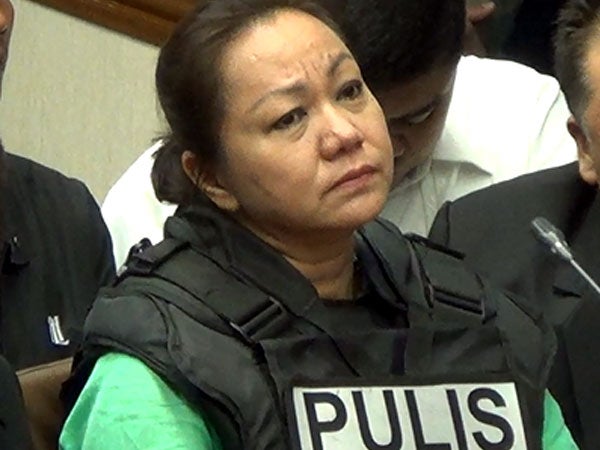 “Yes,” Justice Secretary Vitaliano Aguirre II said in a text message when asked if the DOJ wanted Napoles to be a state witness.

“That’s the basic reason why we are entertaining her WPP (Witness Protection Program) application,” Aguirre added.

During a Palace briefing, Aguirre said Napoles was now ready to “tell all” her knowledge about the P10 billion Priority Development Assistance Fund (PDAF) scam.

Aguirre believed Napoles, who is facing plunder and graft charges before the Sandiganbayan, was not the most guilty in the pork barrel scam.

“Who is more guilty: the public officer or a private person who has just finished high school? So if I put—dito lang ha, parang may depekto na natin na nadiskubre ngayon ang charges sa Sandiganbayan sa kaniya eh, kasi ang charges dito is plunder. And plunder is a charge against [a] government official,” he said.

“Kaya kung ikaw ay nasama dito sa plunder na ito and you are private person, then you are just an ordinary co-conspirator.  I believe that under the circumstances, the public official is more guilty. Thus, Janet Napoles in both instances could be put under the coverage of the WPP because she does not appear to be the most guilty,” he added. /je