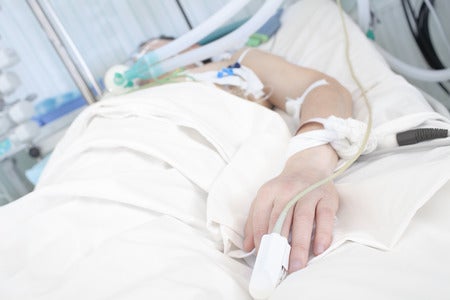 A 15-year-old girl from Hong Kong was left half-paralyzed after doctors from the United Christian Hospital in Kwun Tong of New Kowloon were suspected of medical malpractice during a procedure. The entire left side of her body became immovable after one of her arteries was wrongly pierced by a catheter.

Her family held a press conference last Saturday, according to the South China Morning Post, March 17, where they blamed the medical staff for the multiple errors committed during their daughter’s treatment.

The girl’s older brother, surnamed Chan, mentioned his sister’s eyesight and ability to swallow was affected. “The left side of my sister’s body can’t move,” he said in the report. “Doctors said her chance of recovery was slim.”

The 15-year-old girl first went to the hospital last year in October 30 after experiencing neck pain, headache and weakness on the right side of her body. Doctors then confirmed she had acute transverse myelitis, an inflammation on the spinal cord, in Nov. 9. Her condition did not change after taking steroids for five days, thus compelling her to undergo plasmapheresis, to replace her affected plasma with a plasma substitute, the report stated.

She received the plasmapheresis in Nov. 16. However, she developed shock, and blood accumulated in her chest when a doctor inserted a catheter into a vein in her neck.

“On the day when the incident happened, doctors from United Christian Hospital told us that there was only bleeding from [my sister’s] vein and there was no problem with her artery,” Chan added.

A Hospital Authority spokesman mentioned that doctors from the United Christian Hospital explained to the girl’s family the procedure was high-risk, yet was done with the family’s consent. Third-party experts have been invited to run through the procedures done on the girl and will relay the report to the family once ready.

Thus far, the girl has underwent three brain surgeries to reduce pressure inside her skull, but due to the stroke, still remains partially paralyzed. Her condition, however, is deemed stable and she is receiving rehabilitation treatment for speech and limb movement. Meanwhile, her family remains in search of justice. Cody Cepeda/JB