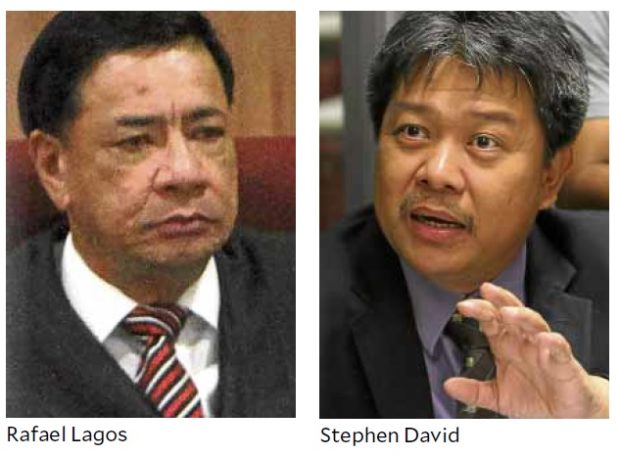 The camp of Janet Lim-Napoles, alleged mastermind of the P10-billion pork barrel scam, has admitted that Malacañang played a role in its push to take her out of a detention cell at Camp Bagong Diwa in Taguig City and place her under the Witness Protection Program (WPP) of the Department of Justice (DOJ).

“There was a discussion with the executive secretary that the DOJ shall take custody of Mrs. Napoles. Because of that, I sought to write on the matter,” he said when asked by Presiding Justice Amparo Cabotaje-Tang about the action taken by the DOJ.

According to presidential spokesperson Harry Roque, however, President Rodrigo Duterte is keeping his hands off the situation of Napoles until the DOJ has made a final decision on whether to accept her into the WPP.

Roque made the statement a few hours before Napoles’ lawyer admitted to consulting Medialdea on the transfer of Napoles out of the Bicutan jail.

“Right now, the President is keeping his hands off it because there is no decision yet,” he said in a press briefing in Camarines Sur.

He said Malacañang would respect whatever decision the DOJ would make because that was the task of the department.

David also told the court that it was mandated to approve Napoles’ request because the DOJ had approved her provisional admission into the WPP.

“It is my belief,” he replied when Tang asked if it was “a ministerial duty for the court to approve the transfer” of Napoles’ custody.

Several whistleblowers and lawmakers have objected to the admission of Napoles into the WPP.

In an interview after the hearing, David told reporters that he requested to meet Medialdea and Aguirre to discuss how to implement Napoles’ provisional admission into the WPP, which took effect on Feb. 27.

“We are in a situation where we don’t know what to do: Is she being immediately taken out of the facility or shall we file a motion?” he said.

David said he wanted to “just get her” from the Taguig detention cell and “inform the court that we did this” afterward, but Medialdea and Aguirre “didn’t like that.”

Instead, the two Cabinet officials instructed David to file the motion seeking the Sandiganbayan’s permission first before Napoles could be transferred to a safe house.

“They said, ‘You need to file the motion,’” David recounted. He also explained that he had to talk with Medialdea because “he’s the head of the executive department.”

Napoles had to get the permission of the First, Third and Fifth Divisions first because her detention arose from plunder cases involving the misuse of the Priority Development Assistance Fund (PDAF) allocations of former Senators Bong Revilla, Juan Ponce Enrile and Jinggoy Estrada.

PDAF, a pork barrel, was supposed to help the poor but ended up as a source of kickbacks of lawmakers, Napoles and officials of agencies when the fund was diverted to dummy aid organizations and ghost projects.

All three Sandiganbayan divisions opted not to resolve Napoles’ motion right away. Instead, they directed the Ombudsman and the DOJ to submit their written comments within 10 days.

In the hearings, the Ombudsman and the DOJ are pitted against each other, as the former objected to Napoles’ plea and the latter would be required to explain its move to provisionally admit her into the WPP.

The court hearings were meant to tackle the validity of moving Napoles out of regular jail and keeping her in a safe house, but not necessarily her eligibility to be placed under government protection.

In separate hearings, all three divisions zeroed in on Napoles’ claim that she faced “recorded incidents of harassment, intimidation and threats” while detained at Camp Bagong Diwa.

The Fifth Division chair, Associate Justice Rafael Lagos, on Monday questioned the Napoles camp for not presenting evidence of the threats.

Later, in the First Division’s hearing, David cited an alleged ransacking incident in Napoles’ cell in which she lost a laptop. This drew the ire of Associate Justice Geraldine Faith Econg.

“You are saying that the [DOJ officials] left the laptops, the documents with Napoles? It’s unimaginable,” Econg said.

David also claimed that the DOJ personnel gathering Napoles’ affidavits were harassed during their visits to the detention center.

But Econg said: “You are asking Napoles to be admitted by the WPP. If the ones visiting her are in danger, then they should be in the WPP, not Napoles.”

Tang, however, noted that while Napoles had been detained at the compound since May 2017, “the court has not received any information on any kind of threat.”

The antigraft court did not tackle the Ombudsman’s objection at length, since it would submit its written comment anyway.

Special Prosecutor Edilberto Sandoval, a retired Sandiganbayan presiding justice, did caution the First Division: “If the court grants this motion, it will have a far-reaching effect.”

In an interview with reporters after the hearings, Sandoval said the Ombudsman wanted Napoles to remain detained for the pending cases in which she remained a coaccused and not a state witness.

“If they include these pending cases … that is what we are objecting [to]. In future cases, OK. But here, Napoles is no longer a witness. She is an accused,” he said. —WITH A REPORT FROM LEILA B. SALAVERRIA