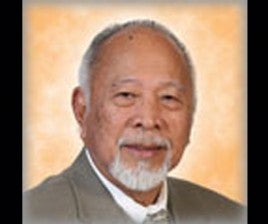 A province mate and colleague of ailing former President and Pampanga Representative Gloria Macapagal-Arroyo has filed a bill to put up a stem cell center in the country.

Pampanga Representative Carmelo F. Lazatin, a member of the minority bloc in Congress, has filed House Bill No. 5287 mandating the establishment of a research facility to explore the benefits of stem cell technology as a potential cure for incurable diseases.

Lazatin’s bill comes in the wake of Arroyo’s supposed plan to try the radical technology at stem cell centers abroad to cure what her doctors here described as a rare bone disease.

Arroyo’s lawyers said her disease needs special treatment abroad which could not be provided by local specialists. Government and local doctors, however, have disputed this claim.

“Many countries have started tapping stem cell’s potential to cure diseases like cancer, heart attacks and other cardiovascular anomalies, Parkinson’s and birth defects,” Lazatin said in a statement.

Lazatin described stem cell treatment as a type of regenerative medicine that introduces new cells into damaged tissues to treat a disease or injury.

Under his bill, the proposed Stem Cell Center of the Philippines would be headed by a “medical doctor” to be supervised by the health secretary.

The center aims to engage in research for the development of techniques to isolate, produce, derive, test and store stem cells.

Lazatin’s bill stresses that the research would comply with the law, apparently in reference to the controversy over the use of human embryos in stem cell research.