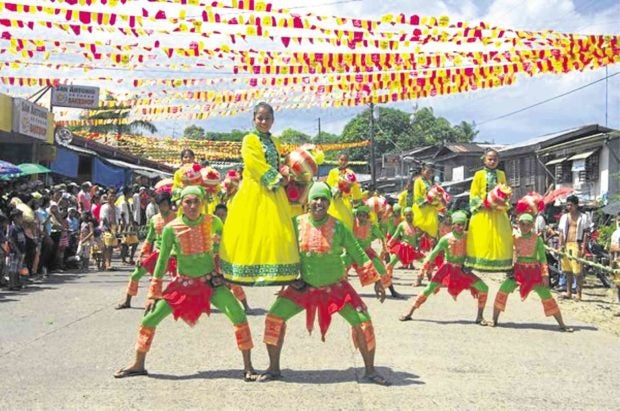 Locals give thanks for the abundant harvests through dancing in Canlaon City, Negros Oriental province. “Pasayaw,” which was derived from the phrase “pasalamat pinaagi sayaw,” features performers presenting different vegetables and crops while dancing to the rhythmic Latin or Samba beat. Activities include local government unit night, procession, baptism Mass and street dancing parade.

A colorful festival in Ligao City in Albay province in honor of St. Stephen. “Mirasol,” or sunflower in English, draws tourists in the city as it blooms at the Kawa-Kawa Natural Park. According to an urban legend, Mirasol was a beautiful maiden who attracted suitors in the province.