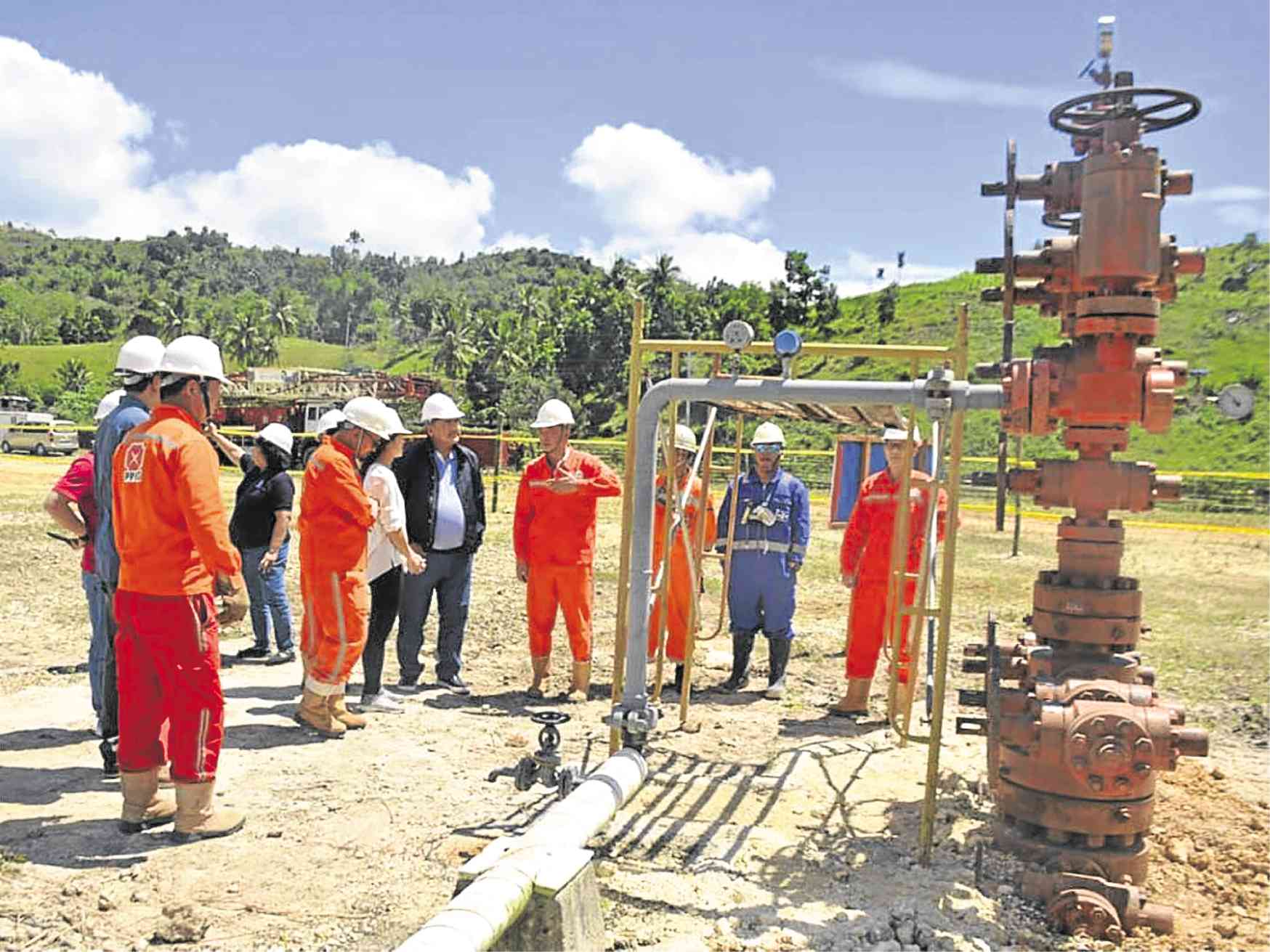 CEBU CITY – Commercial quantities of natural gas and oil resources have been found in the southern town of Alegria, Cebu that can last for 19 years.

The Department of Energy (DOE) and its partner, a Chinese exploration firm, were set to start production of the on-shore gas and oil mining site in Alegria, a 4th class municipality located more than 110 km from Cebu City.

The news was welcomed by Alegria Mayor Verna Magallon who saw the development as an opportunity for the town to improve economic activities and generate more jobs.

“This would give the town additional income that can be used to improve our social services and for implementation of other projects, especially for livelihood of our constituents,” she said by phone on Thursday.

Last March 14, Energy Secretary Alfonso Cusi declared that the Alegria Oil Field, located in Barangay Montpeller, has commercial quantities of natural gas and oil resources that can last until 2037.

Cusi made the pronouncement after a ceremonial signing of the Joint Declaration of Commerciality (JDC) between the DOE and service contractor China International Mining Petroleum Company Limited (CIMP CO. Ltd).

In a press release posted on its website, the DOE said exploration and drilling services on the oil field by CIMP started as early as 2009 and was covered by Petroleum Service Contract (SC) No. 49.

An estimated 27.93 million barrels of oil (MMBO) with a possible production recovery of 3.35 MMBO or a conservative estimate of 12 percent of total oil in places (reserves) were found.

For natural gas, about 9.42 billion cubic feet (bcf) reserves were found, with the recoverable resource estimated at 6.6 bcf or about 70 percent of total natural gas in places/reserves.

The JDC outlines the roles and responsibilities of CIMP, particularly its compliance with all conditions set in the approved Plan of Development dated December 19, 2017.

Aside from additional income once extraction activities start, Magallon said a full blown gas mining in her town would also generate more job opportunities for their constituents especially the resident of Barangay Montpeller.

At the same time, the mayor said that based on their initial meetings, CIMP is already planning to construct an oil refinery and a power plant to process the natural gas in the area.

“We have initial talks with the NGCP (National Grid Corporation of the Philippines) because they are interested with the construction of a power plant to directly feed its (CIMP) production of energy to their grid,” she added.

However, when sought for comment, DOE Visayas Field Office (VFO) Director Saul Gonzales stressed that CIMP still had to go through several processes before they can start actual extraction from the oil field.

For one, the service contractor will need an environmental compliance certificate (ECC) and environmental impact assessment study from the Department of Environment and Natural Resources (DENR) through the Environmental Management Bureau.

After securing these documents, it is only then that CIMP can go back to the DOE to secure permits to extracting the natural gas and oil resources in the area, Gonzales said.

CIMP would also need permits for transport, storage and refining of their produce.

“These will be mostly done with the DOE central office. The Visayas Field Office will not have a major role on this. But we will be the one to monitor the actual situation in the area and to check if they have complied with the specifications in their permits,” he said.

Just like Magallon, Gonzales said part of the benefits from the discovery is jobs generation for the Cebuanos, especially the resident of Alegria town.

Businesses and services in the area are also expected to flourish, he added.

As the approved service contractor for the Alegria Oil Field, Gonzales said the CIMP will have the discretion on what to do with the supply they will be harvesting once their permits are approved.

He said they can opt to export the produce or generate it for local use.

“As far as I can remember, this is the first area in Cebu that has been declared to have commercial viability (of gas reserve),” Gonzales added.

The natural gas and oil that will be extracted in the area can be processed into different petroleum products like LPG (liquefied petroleum gas), gasoline, kerosene and road asphalt.

In 2009, CIMP started exploration and drilling activities in the area.

In 2016, the DOE and CIMP jointly established that the Alegria Oil Field contained commercial quantities of natural gas upon its discovery of oil accumulation in the adjacent hydrocarbon traps within the underground areas of the town.

The CIMP is a subsidiary of the Polyard Petroleum International Group (PPIG)./ac

Read Next
600 Miascor workers in Cebu staring at unemployment
EDITORS' PICK
Kai Sotto continues to inspire Filipinos by sharing his passions and stories with Smart Prepaid
1Sambayan to nominees: Stick to word of honor
Alex Eala wins Grand Slam on Independence Day: ‘I hope I made my contribution to the country’
Ahead of ONE: Full Blast II, Mongkolpetch warns Elias Mahmoudi: ‘Watch out for my fists’
Trust Robredo’s political instincts – Kaya Natin! convener
EDITORIAL: Good news, bad news
MOST READ
1Sambayan to nominees: Stick to word of honor
China cautions G7: ‘small’ groups don’t rule the world
Leni vs. Sara
PH to have cloudy, rainy Monday — Pagasa
Don't miss out on the latest news and information.