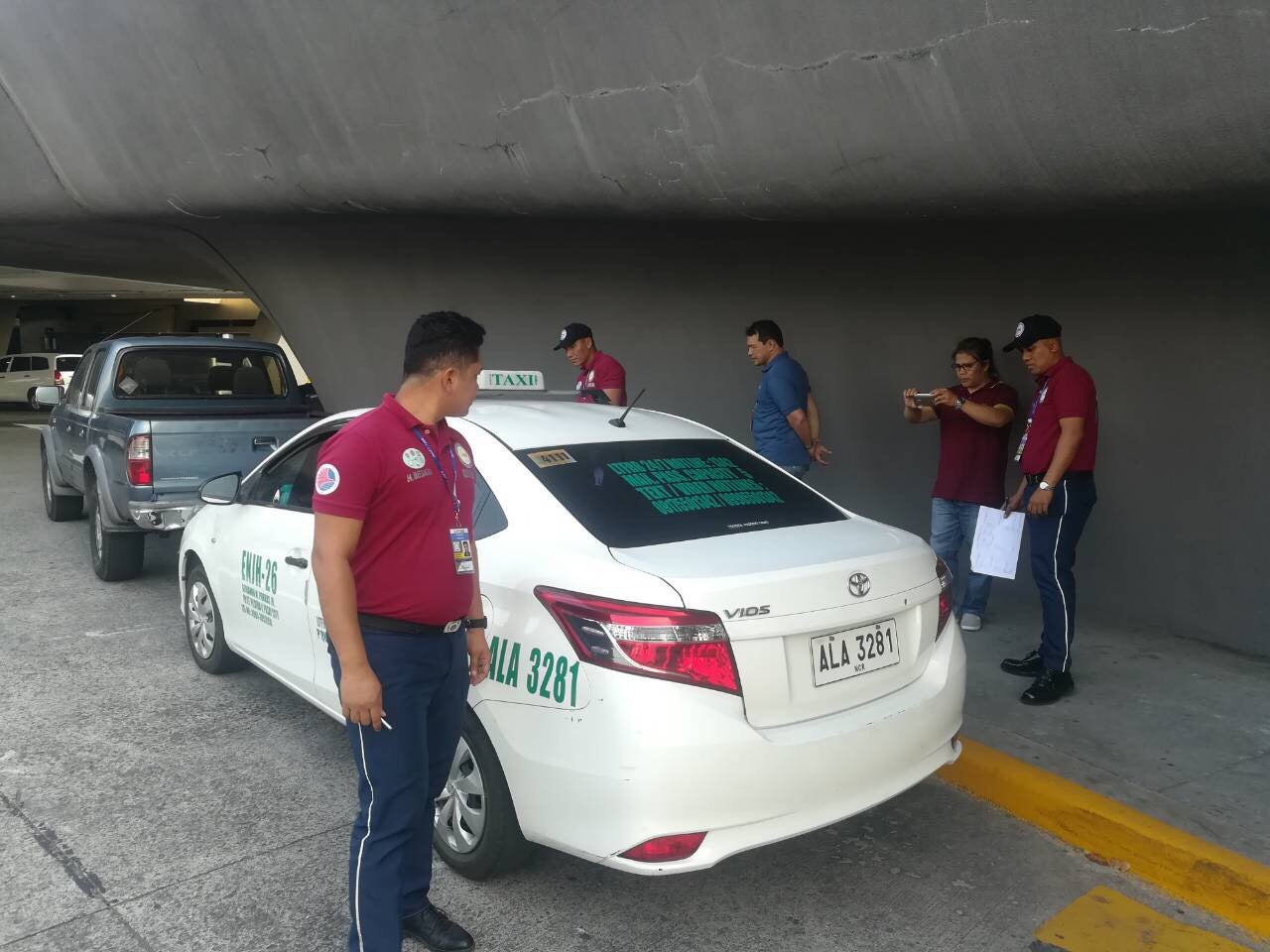 Enforcers of the Land Transportation Franchising and Regulatory Board (LTFRB)  impound the taxi unit operating as a “colorum” at the Ninoy Aquino International Airport (NAIA) as seen on a video by Filipino-American vlogger Haley Dasovich. PHOTO/LTFRB

The Land Transportation Franchising and Regulatory Board (LTFRB) apprehended on Friday the taxi driver caught on video lecturing a Filipino-American video blogger who insisted on using the taxi meter.

Lizada said that while Cayanan’s taxi (ALA 3281) has the necessary franchise to operate, they still consider it as “colorum” because of the driver’s refusal to use the meter and his insistence of using his own fare matrix.

“The operator will be held accountable for operating a colorum [vehicle] because those using a fare matrix belong to the tourist transport denomination. A taxi must use the taxi meter in charging fares,” she said.

Cayanan’s taxi, supposedly owned by a member of the Philippine National Police, gained notoriety after vlogger Haley Dasovich posted on YouTube on Wednesday a video of her being reprimanded by a taxi driver for insisting on using the taxi meter. Lizada identified Cayanan as the same driver in the video.

Apart from the taxi getting impounded for three months, the operator Benjamin Porras will also be made to pay a fine of P120,000. The LTFRB will also issue a show-cause order against Porras to explain why his franchise should not be revoked.

Lizada said that they are also coordinating with the Land Transportation Office for the possible cancellation of Cayanan’s professional license.

She also told reporters on Friday that they have coordinated with the Land Transportation Office (LTO) to cancel Cayanan’s driver license.

The driver of the cab hailed by Dasovich at NAIA was caught on camera refusing to turn on his meter and instead offered a fixed rate of P500.

When Dasovich demanded that he turn on his meter, the taxi driver refused and lectured her why he was charging a flat rate.