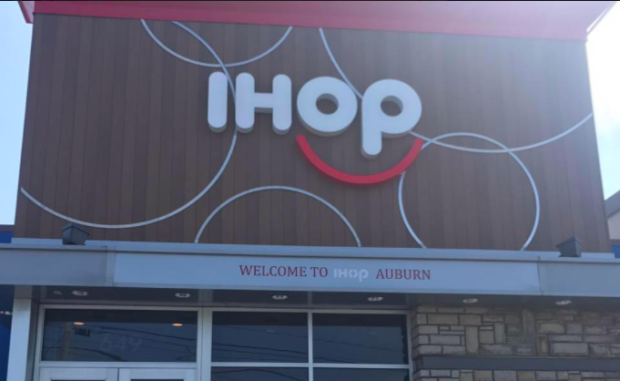 Avery Gagne of Monmouth, Maine was just having dinner with his parents at a branch of an IHOP restaurant in Auburn last March 12 when he witnessed racism with his very eyes.

Upon finishing their meal, Gagne saw a group of African American teenagers come inside IHOP and sit across the room from them. As they ordered their food, Gagne heard an employee tell the African American teens at their table that they would have to pay upfront before eating.

“We paid and sat there for a few minutes and I heard an employee tell the table that they were going to need to pay upfront and that it was a ‘new generation thing,’” shared Gagne on his Facebook account two days ago. “I kept thinking to myself that I have been to many restaurants with my teenage friends and have never had to pay upfront.”

Gagne and his parents stood up and asked why this was happening. Gagne himself realized that he was getting quite worked up by the situation as he already knew the reason why.

“The woman who requested they pay upfront came over and began to tell us how it was what management has asked her to do as they have had walk outs,” continued Gagne. “She then looked at my parents and said, ‘it’s not because of their color.’”

Gagne pointed out that the group of teens may be Somali as one of the girls was wearing a hijab. “The woman (server) took it upon herself to make this group of teens pay for their meal upfront because she considered them ‘high risk.’ I don’t care who has walked out on your establishment. That does not give you the right to determine who you believe is going or not.”

“No. It’s not okay. This is NOT okay. I will not stand for this. This is not the end of this. I will see that something is done about this no matter what I need to do,” he said.

Meanwhile, the IHOP restaurant in question, issued a statement regarding the matter on their Facebook account in March 12. “We would like to reach out to all of our valued guests and the community on behalf of an incident that took place in our establishment. It was brought to our attention immediately, and we are handling matters in order to correct the issue.”

The IHOP restaurant also mentioned that a meeting has taken place with all of their staff members and they have been made aware of the effects of their actions. The company begged the public to spare its credibility.

“We have rectified the situation and can guarantee this is not what we condone to go on within our restaurant,” IHOP stated. “Please spare our credibility, as this situation is not a reflection of the service we strive to deliver.”

The management of the IHOP restaurant did not disclose whether the server was terminated, nor if they received any penalty or punishment for their actions. JB

Iowa man says he was racially profiled at a clothing store

Read Next
San Fernando, Cebu councilor killed in ambush
EDITORS' PICK
DILG to stranded workers: ‘Stay where you are’ until Luzon-wide quarantine is over
DILG says middle class will also get govt aid during Luzon-wide quarantine
IATF: Food firms to operate with 50% of workforce during Luzon quarantine
UP-PGH wards for COVID-19 patients finished in 5 days
Cebu City closes its borders
Style and music journeys with Claudia Barretto
MOST READ
Locsin blasts DOH for blocking entry of Chinese doctors
Another doctor dies due to COVID-19 in Cebu City, doctor-husband critical
DOH pressed to expand, speed up virus testing
No more bread? Company forced to limit production
Don't miss out on the latest news and information.