Lotto not spared from TRAIN tax on winnings 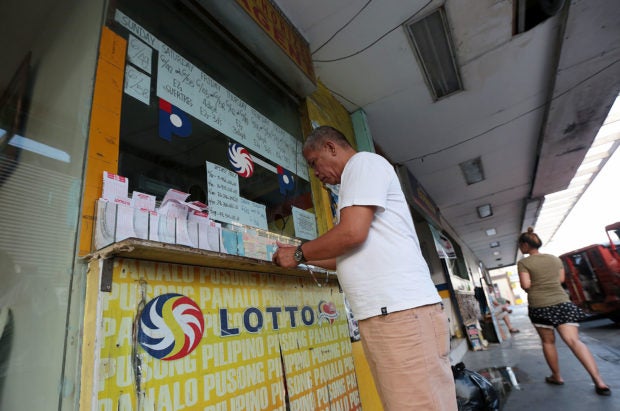 The Philippine Charity Sweepstakes Office (PCSO) is currently conducting consultations and studies on the possibility of amending the PCSO Charter to exempt lotto winners from being taxed by the government.

Under the new Tax Reform for Acceleration and Inclusion (TRAIN) Act, a 20-percent tax will be imposed on winnings of more than P10,000 from lotto, keno, Small Town Lottery, sweepstakes and other PCSO products. The law had also removed the corporate tax exemption on the charity agency.

Under the National Internal Revenue Code (NIRC), lotto winnings and other PCSO prizes used to be tax-exempt.

“Some would tell us the P10,000 is too small to be taxed. They said the amount wasn’t much, still it would be taxed. But the big winners, I guess, they would not mind,” Solmerin said.

“The PCSO is still studying the impact of the TRAIN law. Maybe in the next week, we will come up with a consensus,” he added.

In a discussion with PCSO officers on Friday, Marivic Gaban of the Bureau of Internal Revenue said the PCSO has no recourse but to request the Congress to amend the existing PCSO Charter, or Republic Act No. 1169, if it wanted prizes to be exempted from the 20-percent tax.

“We can no longer ask to amend the TRAIN law,” Solmerin told the Inquirer. “PCSO is not exempted from the TRAIN law because the PCSO is also a revenue collection body. Amending the PCSO Charter, so far, is the only
recourse.”

Solmerin said there were speculations that PCSO sales might decrease because of the tax.

“But if we can observe, there’s not much (reduction). It’s still increasing,” he added.

He said the P1-billion tax payment could be higher based on the PCSO’s revenue projections this year, which could hit P60 billion or more.