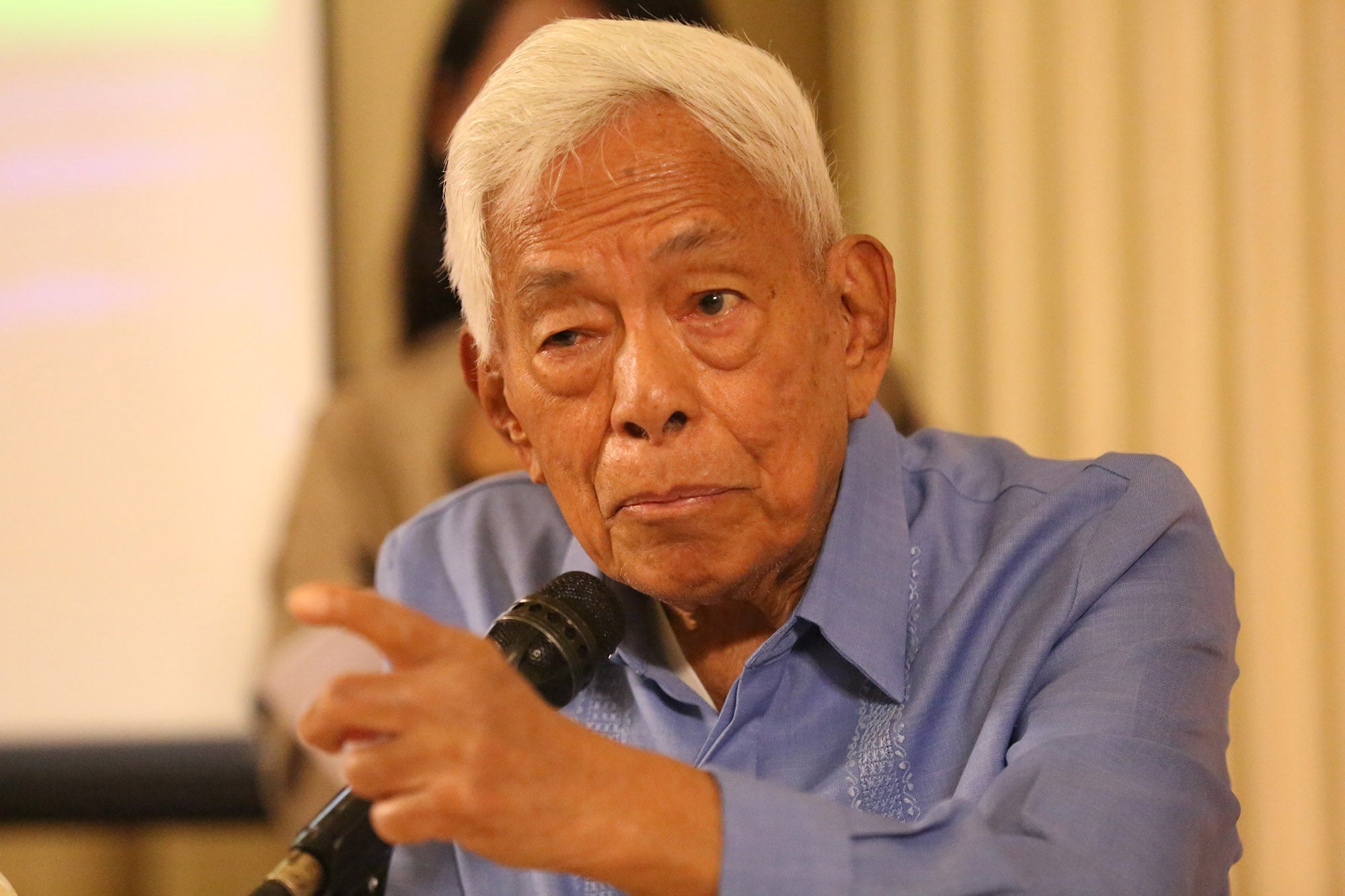 Former Senate President Nene Pimentel on Tuesday disputed the constitutionality of a provision in the draft Bangsamoro Basic Law (BBL) where executive officials are only elected by majority votes of legislators as opposed to a popular vote.

Under the draft BBL presented by the Bangsamoro Transition Commission (BTC), the Bangsamoro’s Executive Authority, which consists of the Chief Minister and two Deputy Ministers, are elected by majority votes by members of the Parliament.

Only legislative officials, or members of the Parliament, are elected by the people under the Bangsamoro’s parliamentary form of government, the draft BBL stated.

“The election of the officials is worded in a manner that only the legislative officials are elected. That would be against the constitution,” Pimentel said during a Consultative Committee (ConCom) meeting on the proposal to revise the 1987 Constitution.

“In the Bangsamoro entity, all of the officials in public office should be elected by the people, hindi pwede na legislative lang (ang i-elect), then the legislative will elect the executive department,” he said.

BTC head Ghazai Jaafar explained that his commission have tapped constitutionalists and lawyers who have said that the draft BBL did not have any “constitutional infirmities.”

But former Chief Justice Reynato Puno suggested that the BTC may draft two other versions of the BBL, one tailored for the current unitary system of government and the other suited for the proposed shift to a federal form of government.

Jaafar, in an interview with reporters after the ConCom meeting, said that they were willing to come up with two new drafts of the law.

While Jaafar lamented that “we have been patient for many many years,” he said he does not see the possibility of abandoning the peace talks.

The BTC head said that they are still “focused on what we believe is the most viable, peaceful and civilized way of solving the peace process.” /je