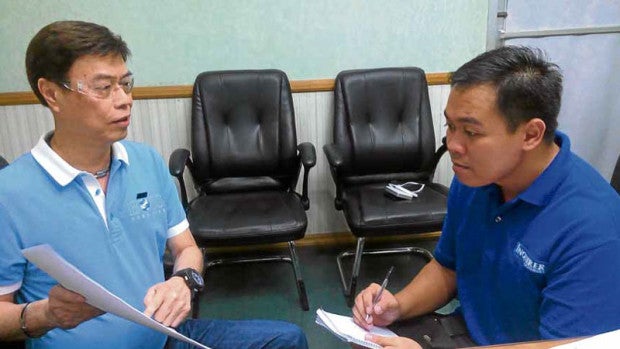 CEBU CITY — Cebuano businessman Peter Lim has expressed elation over the dismissal of the drug trafficking charges filed against him.

In a statement issued on Monday, Lim welcomed the ruling of the Task Force on Illegal Drugs of the Department of Justice (DOJ).

“Mr. Peter Lim thanks the DOJ for rendering a just resolution because after all, the pronouncement of Justice Secretary Vitaliano Aguirre II which found headline in Cebu Daily News on Oct 1, 2016, is correct,” said Lim’s spokesperson Jun Fuentes.

Aguirre earlier revealed that the Peter “Jaguar” Lim, who is listed as one of the top drug lords in the country, was actually slain drug lord Jeffrey “Jaguar” Diaz, not the prominent Cebuano businessman.

Aguirre said there was a mistake in the July drug matrix released by the President.

Aguirre said a cousin of Jaguar, Reynaldo “Jumbo” Diaz, who was arrested by police in Matnog town of Sorsogon in September 2016, confirmed that Jeffrey Diaz was the real Jaguar.

Fuentes said the case filed against Lim by the Criminal Investigation and Detection Group’s Major Crimes Investigation Unit was solely anchored on the testimonies of Marcelo Adorco, one of alleged henchman of self-confessed drug lord Rolando “Kerwin” Espinosa Jr.

Adorco claimed that Lim supplied narcotics in “staggering amounts” to Espinosa for more than two years.

On June 4, 2015, Adoro said Lim allegedly met with him and Espinosa in Thailand to discuss the delivery of 50 kilos powdered meth at the Cash & Carry parking lot in Makati City three days later. But Fuentes said they were able to prove that Lim was not in Thailand on June 4, 2015.

“It was proven by Mr. Lim that, at that time, he was admitted for a kidney problem at the Cebu Doctors’ Hospital,” Fuentes said.

The DOJ Task Force on Illegal Drugs dismissed the drug charges filed against Lim and at least seven others for failure of the CIDG to present sufficient evidence against the respondents. /atm