Enrile may be part of prosecution at Sereno impeachment—Umali 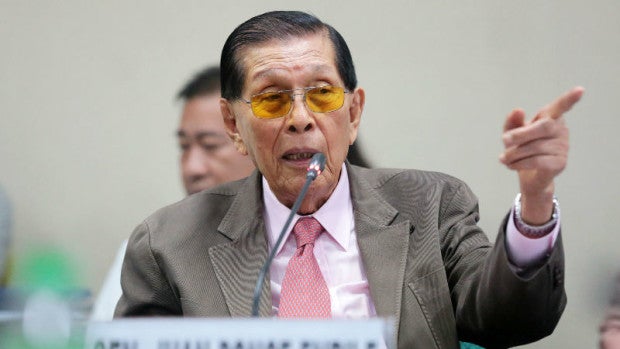 (That’s the situation now, he’s available to help in the prosecution.)

The house justice committee chair is also eyeing lawyer Tranquil Salvador III, a member of Corona’s defense team, to be among the private prosecutors.

Umali said they are still on the process of creating their prosecution panel, which would be composed of House members or public prosecutors and private prosecutors.

Last Thursday, the House justice committee ruled that the impeachment complaint against Sereno had probable cause.

The panel is set to present on March 14 its committee report, as well as the articles of impeachment, which would be presented before the plenary for voting.

If the report gets one-third votes of the entire House members, the lower chamber would then transmit the impeachment complaint to the Senate, which would consequently turn into an impeachment court.

Sereno, who is on an indefinite leave, is also facing a quo warranto petition before the Supreme Court that seeks to nullify her appointment for allegedly being unqualified as chief of the high tribunal. /je