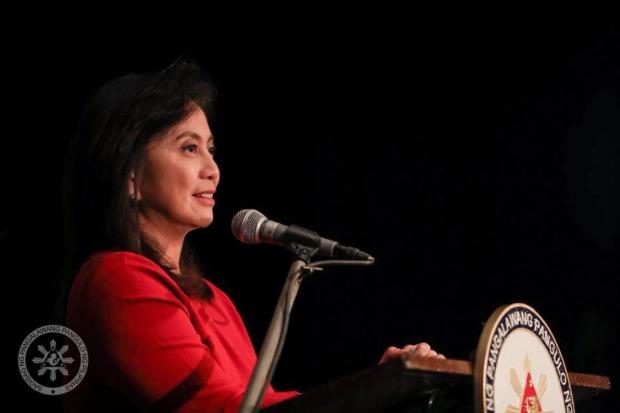 Vice President Leni Robredo said on Friday she was keenly interested to learn more about the allegations of election fraud raised by Senate Majority Leader Vicente Sotto III as it would affect all elected officials “from the President down to the municipal councilor.”

“If you question the integrity of the 2016 elections, you are questioning the victory of everyone who won in 2016,” she said in an interview in Iloilo City, a transcript of which was provided to Manila reporters.

Robredo said the information conveyed to Sotto appeared to be different from the grounds used by her rival, former Sen. Ferdinand Marcos Jr., in his electoral protest against her victory in the May 2016 polls.

“I think the accusations are serious,” she said. “For us, at the soonest time, this should be investigated because this affects the entire electoral process—from the President to the lowliest councilor in the smallest municipality.”

Sotto, citing an unnamed source, said that at least three senators received zero votes in hundreds of polling precincts in May 2016, as a result of fraud in the automated balloting.

He said he received the information after the Commission on Elections (Comelec) had decided to buy the vote-counting machines of Smartmatic Inc., the government’s supplier of poll computers since 2010.

Marcos, in response to Sotto’s privilege speech, congratulated the senator for bringing the “election anomalies” to the public.

In the Iloilo City interview, Robredo proposed that an independent body be tasked to look into Sotto’s allegations.

“An independent body that is unaffected by politics needs to look into this … I am [as] interested as Senator Sotto to hear the explanation of Comelec as to whether there is any truth to the allegations,” she said.