‘You cannot accumulate wealth in UP,’ quips Sereno to debunk missing SALN raps 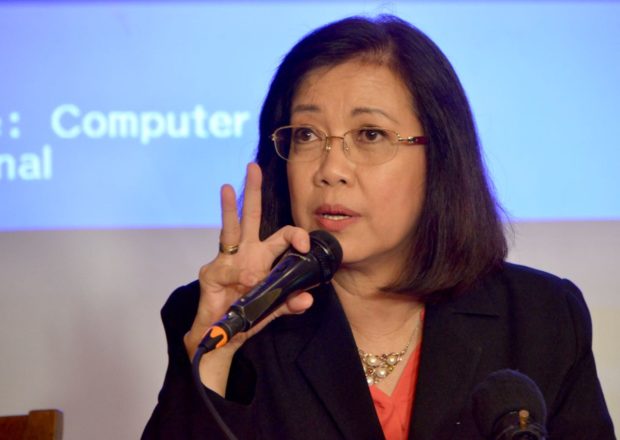 IN A NUTSHELL: Chief Justice says there’s no question of hidden wealth • She maintains she has nothing to hide • She claims attempts to present her as someone who had a ‘tendency to spend, to be profligate’ never stuck

Despite various issues being leveled against her regarding her Statements of Assets, Liabilities, and Net Worth (SALN), Chief Justice Ma. Lourdes Sereno maintains she keeps no “hidden wealth.”

“I have absolutely nothing to hide and cannot hide anything because what is disclosed in my SALNS is what there is,” Sereno said, during a press conference with the Foreign Correspondents Association of the Philippines late Friday afternoon.

The chief magistrate even quipped, regarding allegations on her missing SALNs as a University of the Philippines (UP) professor: “You cannot accumulate wealth in UP. Their problem is unexplained poverty not hidden wealth.”

Sereno, currently on an indefinite wellness leave from the High Court as she prepares to face the impeachment complaints against her in the Senate, has largely been mum on the issues regarding her SALNs—reportedly even with the Supreme Court en banc, which had asked her for an explanation on her allegedly “missing” SALNs when the matter came up in the House of Representatives’ impeachment proceedings.

But during Friday’s press conference, Sereno maintained: “All evidence points to a very simple lifestyle, below the means we could actually have used for consumption. It was a deliberate step for my husband and I to live a simple lifestyle…because we needed to be free to help others and to be free of conflicts of interest generated by attachment to material goods.”

“Because of that deliberate decision, I don’t think there is any question of hidden wealth here,” Sereno said.

Sereno noted that her critics’ attempts to present her as someone who had a “tendency to spend, to be profligate, to be grandiose,” never stuck to her simply because these allegations were obviously untrue.

“There is virtue in prudence,” Sereno said. She added she had a tendency to remain mum despite the malignment because “if I am too forward and unmeasured, the long term damage to institutions I represent can be incalculable.”

“But because I am so careful of protecting the dignity of the judiciary, I will not engage in a tit for tat. It is counterproductive and will lower the level of discourse in this country. I would rather we frame the issues such that it elevates the consciousness of our people,” Sereno said./ac