Lacson: Cover-up angle in Atio killing may have been overlooked 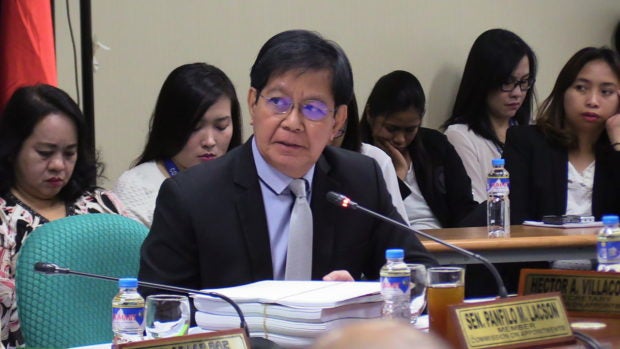 Senator Panfilo “Ping” Lacson on Friday lamented that the Department of Justice (DOJ) may have “overlooked” pieces of evidence that show alleged cover-up in the alleged hazing of Horacio “Atio” Castillo III.

Lacson issued the statement following the release of the DOJ resolution on Atio’s killing, which showed that 10 other Aegis Juris fraternity members were absolved of the criminal charges.

“Basing it on the evidence gathered and presented during the public hearings conducted by the Senate on the Atio hazing case, the DOJ panel may have overlooked or disregarded the cover-up angle committed by the other frat members not included in the indictment,” the senator said in a statement.

“The pieces of evidence like the authenticated contents of the group chat participated in by clearly identified members and officers, the video footages and other documents should have been enough for the DOJ to find probable cause to also charge them for being accessories after the fact at the very least,” he stressed.

On the other hand, the panel indicted 10 officers and members of the fraternity for violation of Republic Act No. 8049 or the Anti-Hazing Law. No bail was recommended for the respondents.

Prosecutor General Jorge Catalan Jr. said they based their resolution on the testimony of Aegis Juris member Mark Ventura, who was also present during Atio’s alleged final initiation rites.

The DOJ panel also ordered the filing of charges for perjury and obstruction of justice against John Paul Solano who issued two contradicting affidavits regarding his connection to the fraternity. /jpv