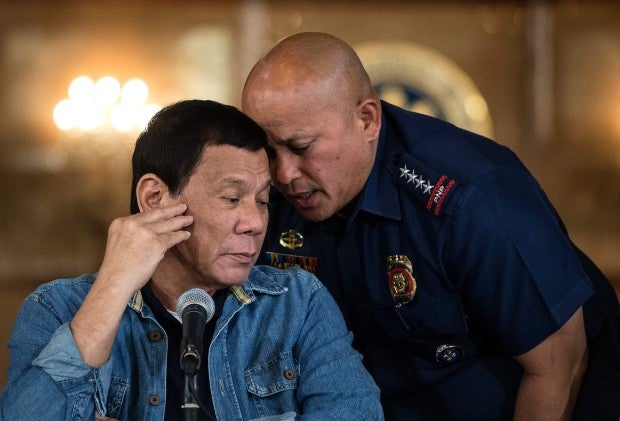 President Rodrigo Duterte has signed a law that allows the chief of the Philippine National Police (PNP) and the head of its investigation arm to issue a subpoena.

Duterte signed on Friday Republic Act No. 10973 granting the PNP chief and the director and deputy director of the Criminal Investigation and Detection Group (CIDG) the authority to issue a subpoena and subpoena duces tecum in relation to its investigation.

A subpoena, under Rule 21 of the Civil Procedure, is an order imposed to a person requiring him to attend and to testify at a hearing or trial, or at any investigation.

A subpoena duces tecum, on the other hand, covers any book, documents, or other things relevant to the investigation.

The law states that such subpoena powers “shall be exercised solely” by the said officials and cannot be delegated to any other person or office.

“Failure to comply with subpoena and subpoena duces tecum shall authorize the filing of a case for indirect contempt under the Rules of Court with the Regional Trial Court,” the measure read. 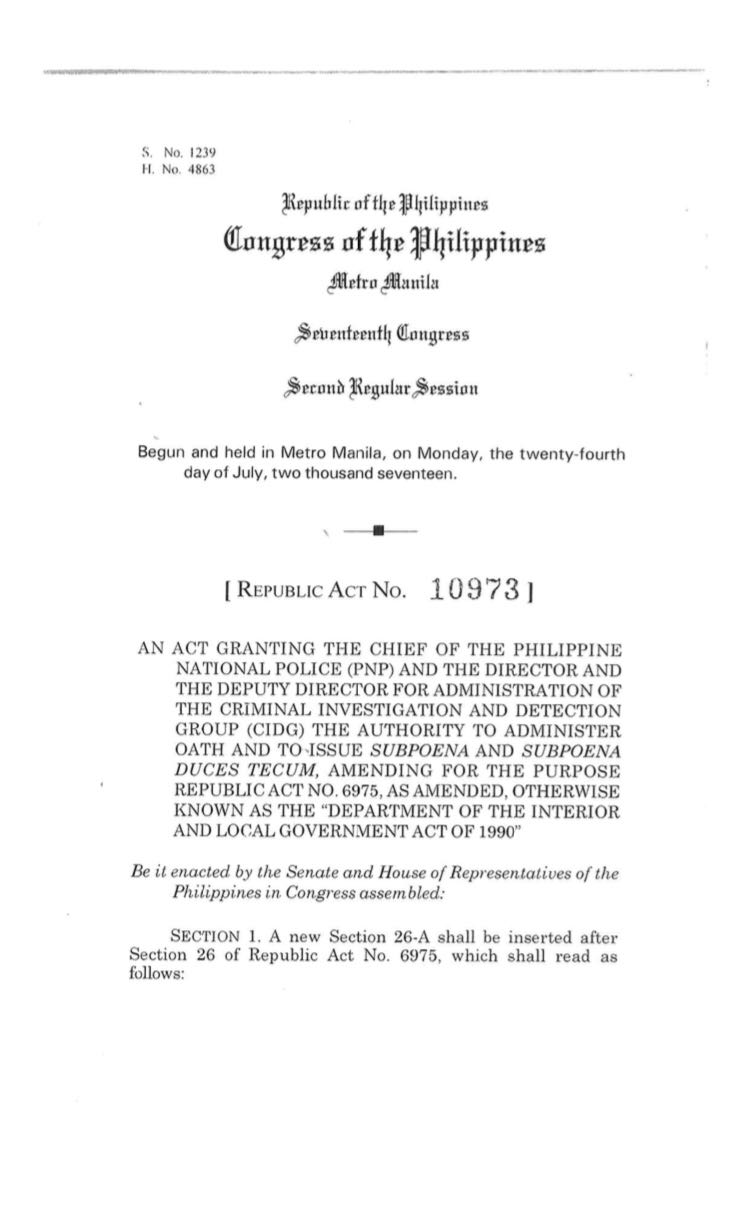 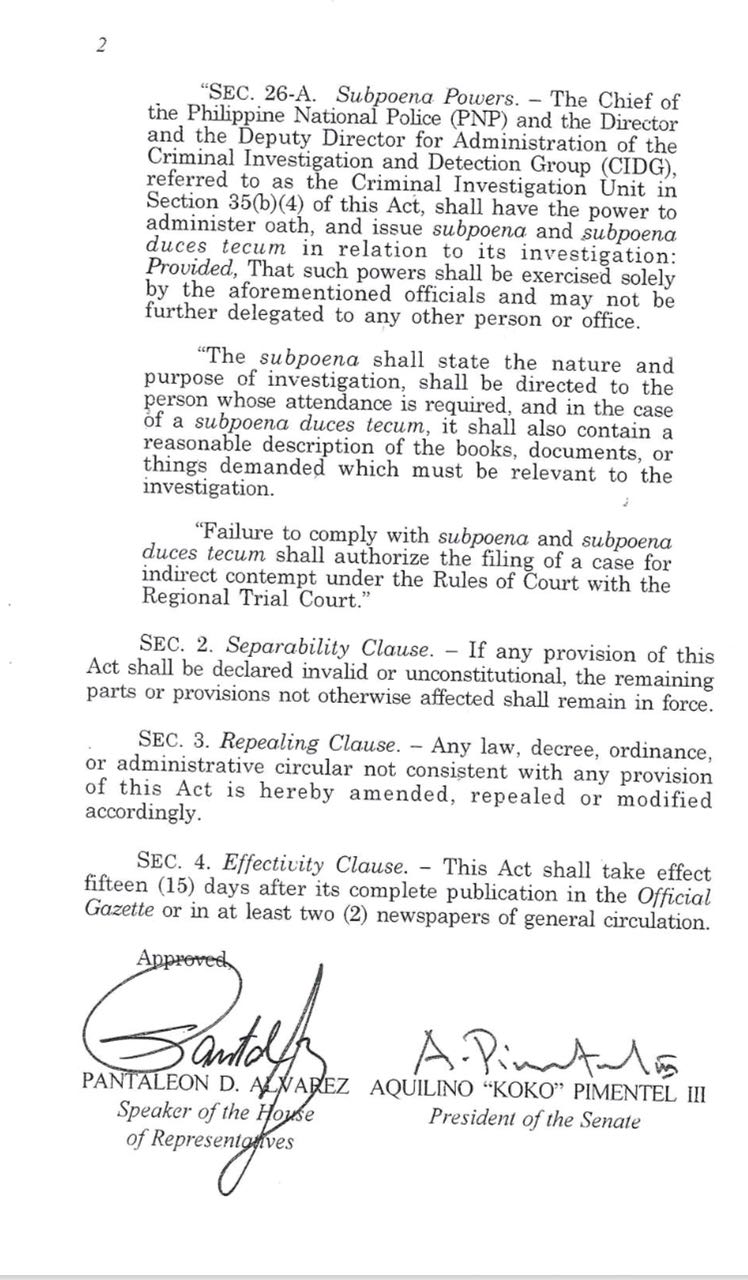 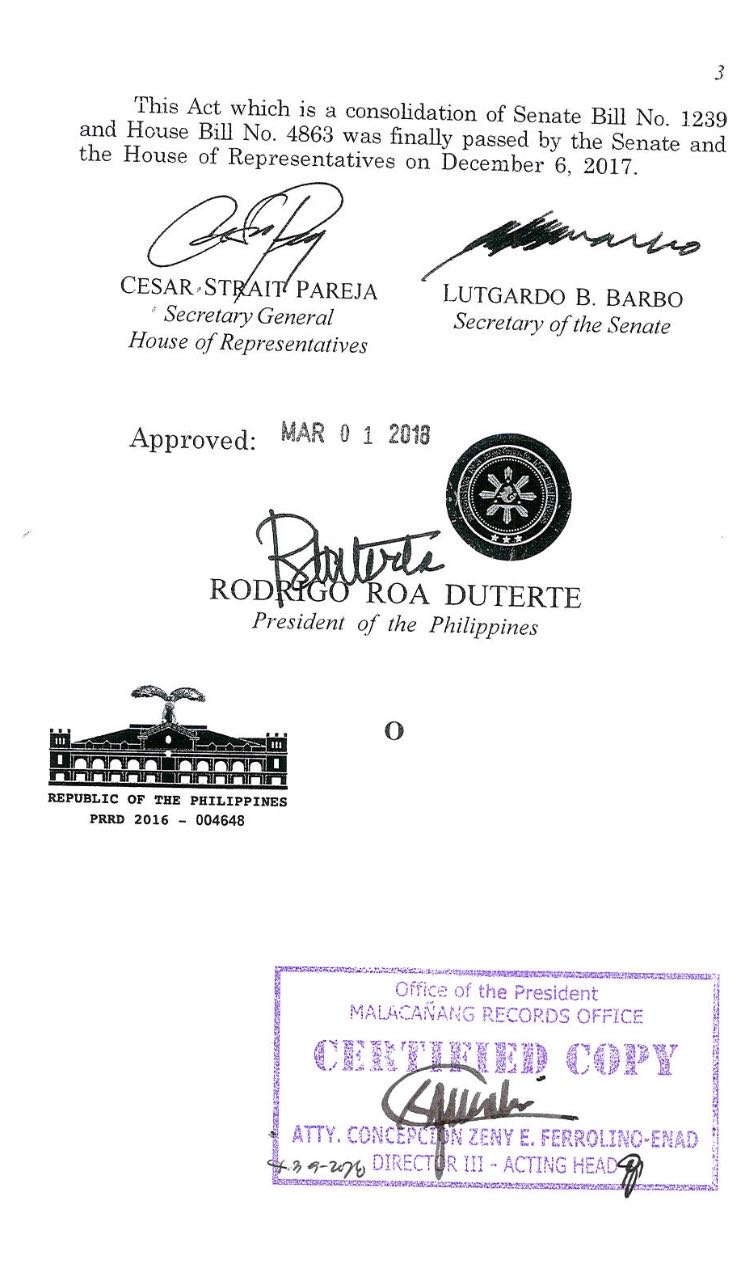