Duterte says bank accounts open to anyone except Trillanes—Roque 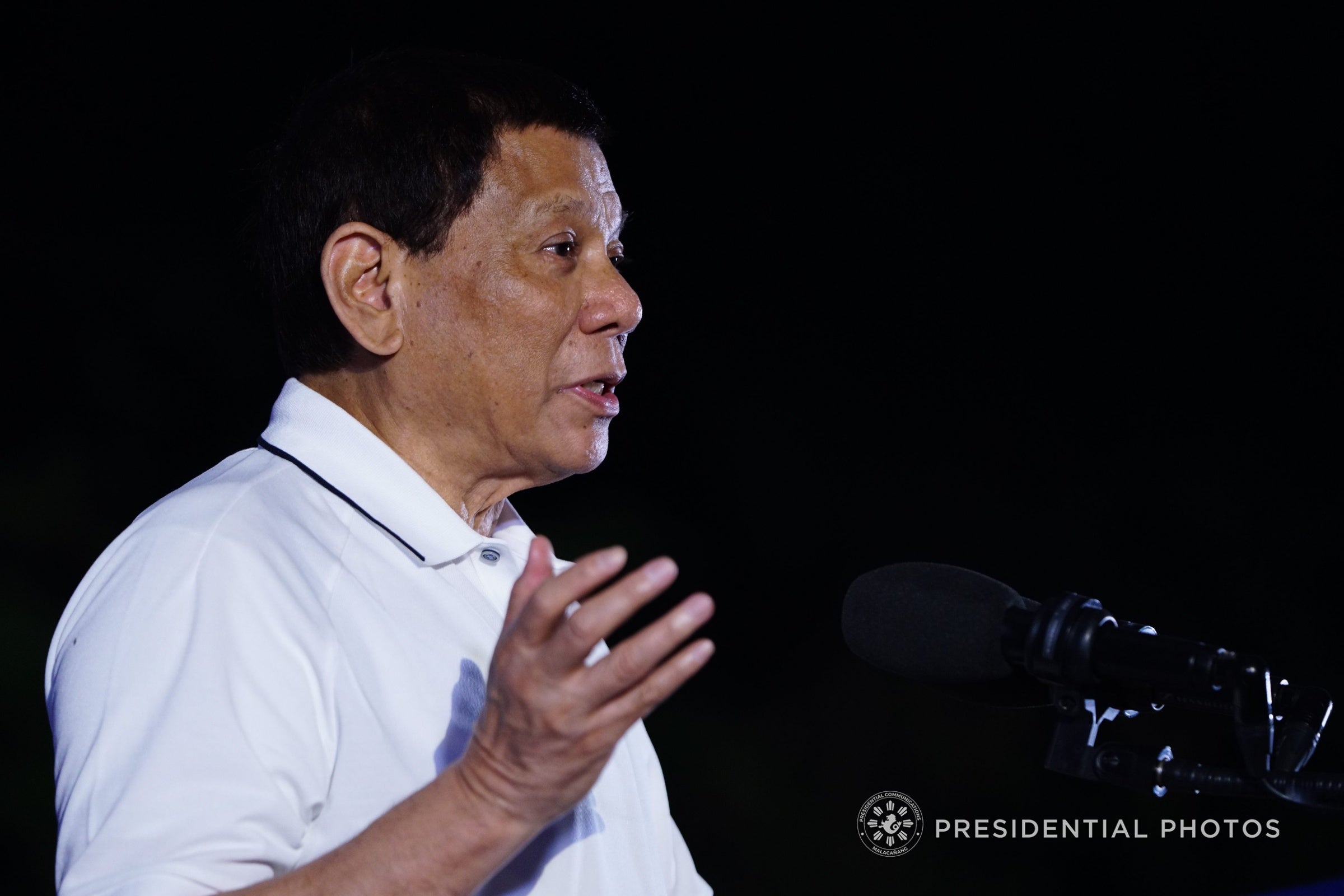 President Rodrigo Duterte’s wealth is always open for scrutiny by anyone except Sen. Antonio Trillanes IV, Malacañang said on Thursday, maintaining that the Chief Executive has nothing to hide.

(He said that anybody can check his bank records to confirm that he has no more than P40 million.)

“Hindi na niya papayagan si (He will not allow) Senator Trillanes,” he added.

Trillanes has been urging the President to sign a waiver to the bank secrecy law and open his bank accounts, even launching a nationwide signature campaign called “Sign the waiver!”

Roque also clarified Duterte’s statement that he would give the details of his bank accounts to the anti-corruption body he had created.

(First of all, I’ll just clarify because I received a message according to the chair of the [PACC] that the news about the President giving the power to the PACC is not true.)

In a speech on Tuesday night, Duterte said he would let the PACC — an agency he created in October last year — to scrutinize his bank accounts.

“Ano mang silipin mo sa akin (What will you get from me)? You — you want to know my bank accounts? I’ll give it to you, right now. Walang biro, sulutan ko (No joke. I will approve it),” he said.

“Or kayo may mga kapatid talaga kayo nasa (if you have siblings working in) Central Bank. I will not take it against you, sige buksan ninyo ‘yung computer (go ahead, check it on the computer),” he added. /je

Read Next
Women’s rights advocates air grievances in Visayas protest actions
EDITORS' PICK
House energy committee chair Arroyo bats for cheap electricity
Why Tagle is a leading papal contender
KWF has no power to ban, censor written works – Lagman
Powered by style, innovation and passion
A laptop that maximizes your WiFi so you can maximize your productivity
In Borongan, nuns play hoops (not mahjong)
MOST READ
Why Tagle is a leading papal contender
Zubiri on SRA mess: Shameful, disgusting
Gilas gets solid core with Clarkson, Sotto planing in
Arjo Atayde reveals proposal to Maine Mendoza was ‘more than a year’ in the making
Don't miss out on the latest news and information.