Teen athlete eats slug on dare, left disabled for life and in debt 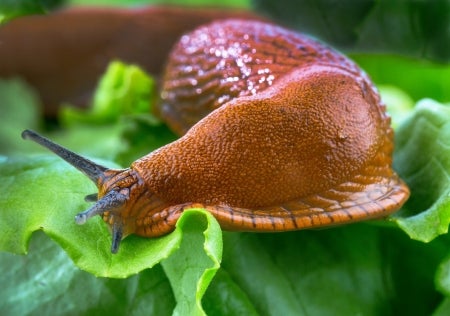 It was a party trick that turned into something life-threatening—and now, a battle against the government.

At 19, Australian Sam Ballard ingested a slug during a friend’s party. He was then a strapping rugby athlete in Sydney who his mom described as “invincible,” reports news.com.au.

Now 28, Ballard is a quadriplegic—all his four limbs are paralyzed—and requires round-the-clock care.

Unknowingly, the slug was infected with rat lungworm, a parasite in rats that is passed through their feces, usually ingested by snails or slugs.

According to the Centers for Disease Control and Prevention, most of those infected with the parasite “recover fully without treatment.”

Initially, Ballard was fighting eosinophilic meningo-encephalitis, a worm-specific infection that affects the central nervous system. He seemed to be on the road to recovery until he collapsed into a coma for 420 days.

Since then, he has spent three years in hospital and been permanently paralyzed from the neck down. He is moved around in a motorized wheelchair and is tube-fed. Other complications include being unable to regulate body temperature and suffering from seizures.

The family has raised money for Ballard, but given his lifelong condition, his mother Katie applied for government aid via the National Disability Insurance Scheme (NDIS). The package he received in 2016 was worth AUD492,000 (P20 million).

However, the funding has since been slashed, with only AUD135,000 (P5.5 million) allotted to Ballard’s care. NDIS only communicated the cut via text in September 2017 after a review of his case.

AUD42,000 (P 1.7 million) remains to be paid to a nursing service. Ballards’ case is one of a number of cases that have complained about funding slashes, reports The Chronicle.

The Daily Telegraph reports that the NDIS is assisting the Ballard family with adjustment of their son’s support package.  Niña V. Guno /ra