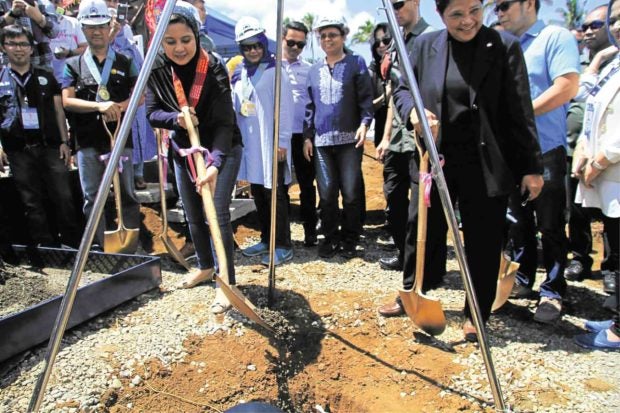 MARAWI CITY — Barred by the Supreme Court from donating money for the expenses of Vice President Leni Robredo in the electoral protest filed by former Sen. Ferdinand “Bongbong” Marcos Jr. against her, supporters of the vice president had instead decided to build houses for families displaced by the five-month war with terrorists in this city.

Speaking to reporters in Barangay Sagonsongan here on Tuesday, where she led the groundbreaking for the housing project, Robredo said her supporters decided to spend the P7.79 million gathered through the Piso Para kay Leni campaign in Marawi.

“I cannot accept the funds collected because as vice president, I am barred from receiving donations,” Robredo said.

She said people behind the campaign sat down with Angat Buhay Foundation and other groups to find better use for the money.

Robredo said it would be used to fund the construction of 60 houses. She said they wanted to build 100 houses but the one hectare area could only accommodate about 75.

A mosque would also be built in the village called Angat Buhay, she said.

Proponents are hoping to complete the project by June 12.

Beneficiaries will be selected by the Task Force Bangon Marawi, the body that Mr. Duterte tasked to lead the rehabilitation of the city. —Divina Suson and Richel Umel