Leonen: Quo warranto petition vs Sereno ‘should be dismissed outright’ 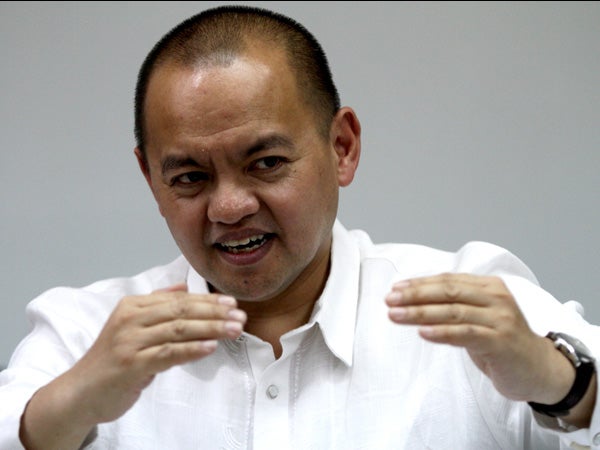 Supreme Court Associate Justice Marvic Leonen thinks an outright dismissal should be the decision on the quo warranto petition filed by Solicitor General Jose Calida in a bid to shortcut the ouster of Chief Justice Maria Lourdes Sereno.

At a press conference on Tuesday, high court’s Information chief Theodore Te said: “Justice Leonen dissented on the ground that in his opinion, the petition should be dismissed outright.”

On Monday, Calida filed the petition for quo warranto in a bid to remove Sereno from office sans impeachment trial.

Under Rule 66 of the Rules of Court, a quo warranto proceeding is an action by the government against a person who unlawfully holds a public office or holds a position which he or she is not qualified. It is also an action initiated against an association acting as a corporation absent of any lawful authority.

Calida believes that Sereno is not qualified to sit as a Chief Justice because of her failure to submit 10 statement of assets, liabilities and networth (SALN) as required by the Judicial and Bar Council (JBC).

Sources said Leonen is one of the seven justices who pushed for Sereno to go on an indefinite leave to prepare and answer the allegations against her once the impeachment case reaches the Senate. /atm