Girl dies after mirror falls on her in shoe store — police 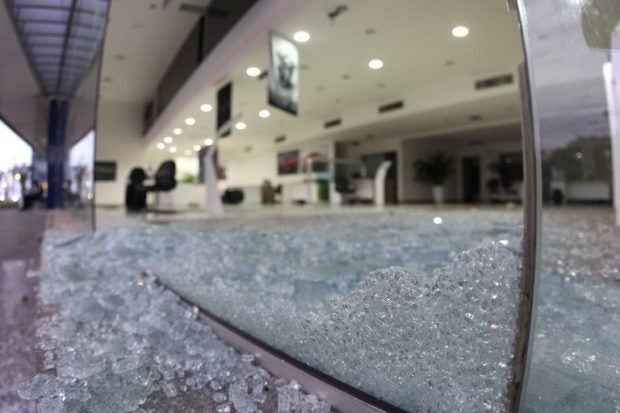 Broken glass litter a store. In Georgia in the US, a falling mirror killed a two-year-old girl shopping for shoes. AFP FILE

RIVERDALE, Georgia, United States — Payless Shoes is offering condolences to the family of a 2-year-old girl who died after a mirror inside one of its suburban Atlanta stores fell on top of the girl.

Riverdale police Lt. Nicole Rabel told news outlets that Ifrah Siddique was found severely injured Friday night. The discount footwear company said in a statement Sunday that it is devastated and that company is working with authorities to understand the “nature of this accident.”

Rabel says Siddique visited the store to get new shoes with her family before the mirror fell on her. The girl was pronounced dead at a hospital.